BUTCHER BABIES Have Already Started Collecting Ideas For Next Album

Ace Sims of RockRevolt magazine recently conducted an interview with BUTCHER BABIES frontwomen Carla Harvey and Heidi Shepherd. You can now watch the chat below.

Asked if BUTCHER BABIES have already commenced the songwriting process for the follow-up to their second album, “Take It Like A Man”, which was released on August 21 via Century Media, Carla said: “Actually, we’re always writing a little bit. I think you have to always be writing to stay in that mindset, stay creative.”

Aded Heidi: “There are a lot of different emotions on the road too, and this is a really good time for us to write. Lyrically, if you go through my phone… I have a notebook in my phone, you can just see… So many things and so many ideas… I’ll be laying in my bunk, and I’m, like, ‘Oh, I have an idea.’ And those will be on the next album. And I know the boys… We’ve all sat down and started doing other things… writing the music. I mean, we started writing ‘Take It Like A Man’ over a year ago.”

“Igniter”, the new video from BUTCHER BABIES, can be seen below. The song is taken from “Take It Like A Man”, which was produced by Logan Mader, who has previously worked with FIVE FINGER DEATH PUNCH, DEVILDRIVER, CAVALERA CONSPIRACY and GOJIRA.

Shepherd stated about the “Igniter” clip: “We’ve all been in that different state of consciousness where rage over takes over your body and mind. ‘Igniter’ is about these emotions and about that last straw that breaks you.

“We were so lucky as to film this video during our live performance at the Download festival, Metal Hammer Boat and the Metal Hammer Golden Gods Awards. As it shows our intense live energy on the stage, it also shows our goofy off-stage personalities.”

Added Harvey: “‘Igniter’ is a song about the anger and frustration that we can let consume and even destroy us at times.

“When we first started BUTCHER BABIES, I was in a much darker place and often let that rage overtake me, but after six years of having a healthy outlet for those feelings through our music, I’m a completely different person.

“I love that the video for ‘Igniter’, shot while we toured the U.K. this summer, shows a juxtaposition of on stage rage and our off-stage fun personalities. It speaks volumes to the release that music provides not only for the listener, but the creators.” 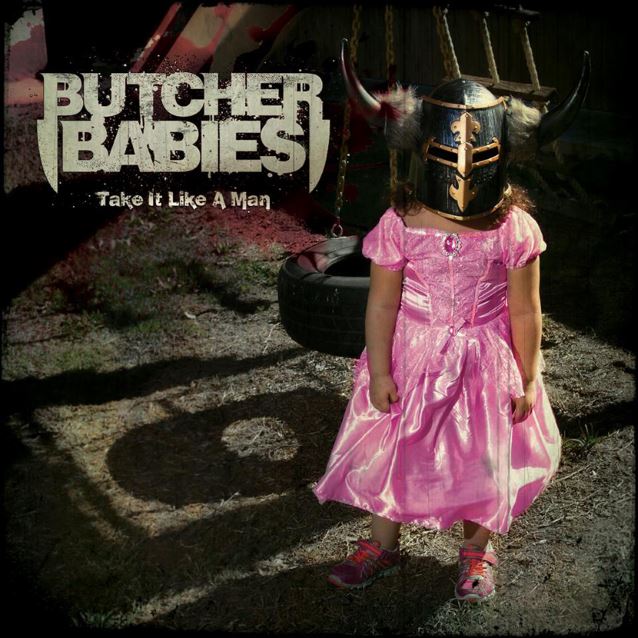