During SLAYER‘s visit to Japan to play this year’s edition of the Loud Park festival, the band’s guitarist, Kerry King, was presented with the official t-shirt from Calayer, the SLAYER-inspired curry restaurant which opened more than two years ago in Osaka, Japan.

The spot, whose name is a combination of the words “Slayer” and “Curry,” is open for lunch (11:30 a.m. – 2:30 p.m.) and serves Indian and Pakistani food Monday through Saturday.

SLAYER‘s new album, “Repentless”, debuted at No. 4 on The Billboard 200, having shifted 50,000 equivalent album units in the week ending September 17.

“Repentless” was released on September 11 via Nuclear Blast. The follow-up to 2009’s critically acclaimed, Grammy-nominated “World Painted Blood” was produced by Terry Date, who has previously worked with PANTERA, DEFTONES and SOUNDGARDEN.

The day has finally come! We presented our Ｔshirt to Kerry King!!カレイヤーオープンから2年と4ヶ月、ついにスレイヤーメンバーと接することができました！今回の来日で様々な… 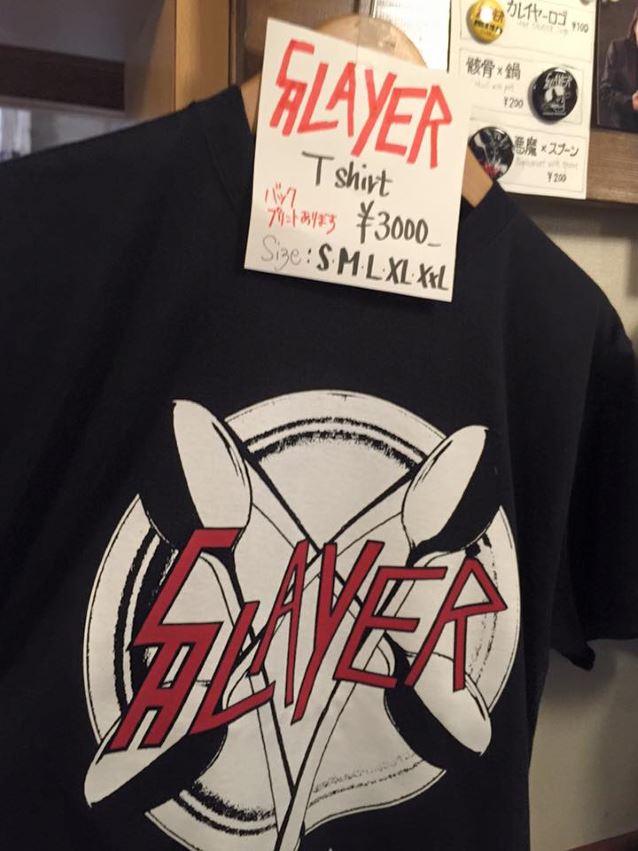 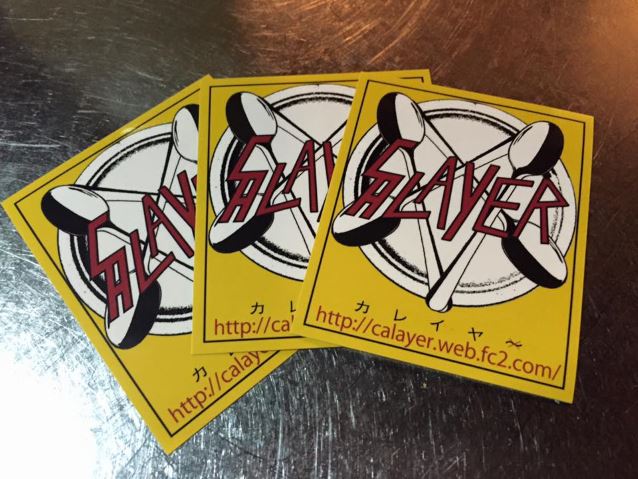