“Fast Worms”, the new vide from the post-metal progressive powerhouse INTRONAUT, can be seen below. The track is taken from the band’s fifth studio album, “The Direction Of Last Things”, which was released on November 13 via Century Media in the following formats; CD digipak, digital download, and limited-edition first-run LP. The disc was mixed by Devin Townsend.

INTRONAUT guitarist/vocalist Sacha Dunable comments: “This video is ridiculous. Please don’t hate us now. Much thanks to Pat Lascu for making it. We’re on tour getting ready to meet up with BETWEEN THE BURED AND ME, ENSLAVED and NATIVE CONSTRUCT, as well as a bunch of our own headlining dates. Check our Facebook for those, and go buy our record! Thank you to everyone who has bought it so far; we love you guys!”

The initial LP run of “The Direction Of Last Things” is limited to 2000 copies worldwide and presented in an awe-inspiring package. This double LP piece is housed in a matte-finished gatefold with a spot UV print over highlighted art elements. Collectors are also treated to a rarely utilized packaging element, a printed inner-gatefold tube, which not only houses the LP’s, but also a 12″x24″ poster, showcasing the full cover art in all it’s glory. Just when you thought it was over, LPs are pressed on mint green-and-black splatter, red-and-black marble, solid dark green or standard black wax with an etching, which surrounds the music grooves, on side D.

“I don’t care how cliché it is to say; this is our best record yet!” states Dunable. “This is INTRONAUT at our most technical, brutal, catchy, and straight up fearless. I haven’t been this proud of an album since we recorded our first demo 10 years ago. We took a somewhat unusual approach and tracked most of it live over the course of four days, then handed it off to Devin Townsend to mix. The result is pure magic. Prepare your earholes for fornication.”

On the heels of the new album release, INTRONAUT will hit the road on “The Coma Ecliptic Tour III”, alongside BETWEEN THE BURIED AND ME, ENSLAVED and NATIVE CONSTRUCT.

“It’s been over a year since our last North American tour. What better way to dust it off than with these three amazing bands. These shows are going to be insane, and we can’t wait to play some new songs for you guys!” adds Sacha. 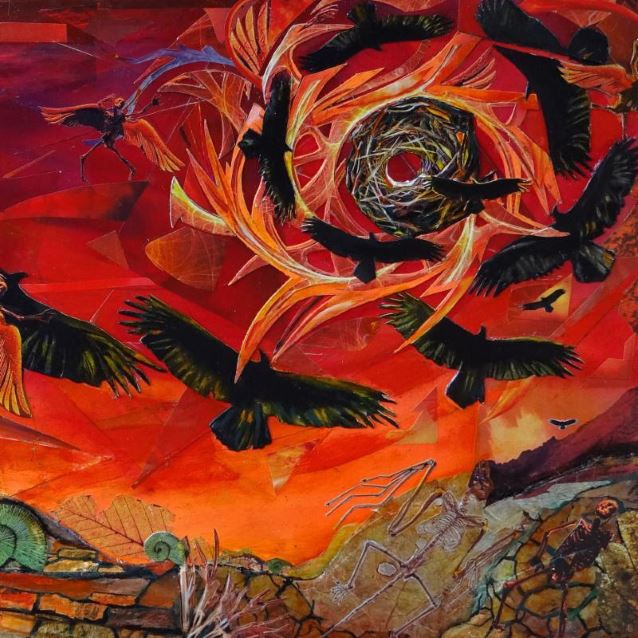