1965 marks the starting point of one of the most successful rock bands of our time. Hailing from Hannover, Germany, the SCORPIONS embarked on a journey that would lead them around the globe and would establish them as one of the greatest rock bands of all time.

With the November 6 release of the 50th-anniversary deluxe editions, the SCORPIONS celebrate their impressive achievements and open their vaults to unleash hitherto unreleased songs, alternate versions of big hits, rough mixes and rare live concert footage.

In addition to dozens of previously unheard studio tracks and live recordings, all CD releases are contain extended booklets featuring rare photos and, single covers, backstage passes and additional liner notes by Edgar Klüsener, a former editor in chief of Metal Hammer who has followed the band’s career closely over several decades. Five of the eight albums are accompanied bya DVD that contains live concert footage from the respective period, together with TV performances and in-depth interviews with the band. In these interviews, they talk about the background history and the creative process of each of these albums: “Lovedrive”, “Blackout”, “Love At first Sting”, “World Wide Live” and “Savage Amusement”.

The remastered LP formats are released on 180-gram vinyl in a sleeve replicating the first pressing. They also come with an audio CD, featuring the original track listing and the same bonus audio as the CD formats. A limited and numbered deluxe box set will contain all remasted vinyl discs.

SCORPIONS said: “It’s hard to summarize 50 years in words, but listening back to all those songs — many of them them previously unreleased — recorded in one of our most creative periods, really took us back in time. This was a very heartfelt project for all of us. It brought back great memories whilst we rediscovered our musical DNA by listening to the archives, selecting dozens of unreleased songs and early versions of well-known SCORPIONS anthems. We really worked on the material to improve the sound quality, but always taking great care to preserve its original feel.”

Part 2 of the documentary video for “Taken By Force” in which various members of the SCORPIONS introduce the story behind the making of the album from a very personal perspective can be seen below.

As a member of the SCORPIONS from 1973 through 1978, Roth helped pioneer the neo-classical style that has influenced countless guitarists to this day. His extraordinary playing can be heard on four classic SCORPIONS records, “Fly To The Rainbow” (1974), “In Trance” (1975), “Virgin Killer” (1976) and “Taken By Force”. This lineup also recorded what many still consider to be one of the greatest live albums ever recorded, “Tokyo Tapes”.

“At first I didn’t realize the impact it had on the rock music scene,” Roth told JamMagazine.com about the live album. “When I left the band in 1978, I disconnected myself from the past and was only interested in my new band, ELECTRIC SUN. I didn’t follow the success of ‘Tokyo Tapes’. Over time, I began to realize that musicians and fans kept referring to that album like it was something extra special. Gradually I understood why. Now I actually see the recording in a different light than what I thought back then.” 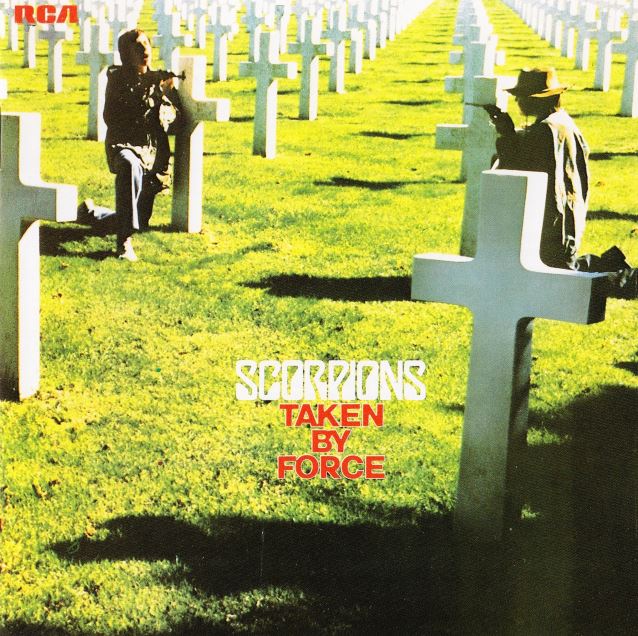