Sean Yseult, best known as the bass player from the multi-platinum and twice Grammy-nominated band WHITE ZOMBIE, spoke to Artisan News about her first solo exhibition in New York City. A clip of her talking about her inspiration and expecations for the exhibition can be seen below.

This exhibition brings Yseult full circle, having lived in New York City from 1982 to 1991, during which time she co-founded WHITE ZOMBIE while attending Parsons The New School For Design in Manhattan’s West Village, before moving to New Orleans in 1996 with nothing more than a single suitcase, a guitar, a banjo, and a Polaroid Land Camera.

Yseult‘s love for The Crescent City is most obvious in her current exhibition, “Soirée D’Evolution”, in which she presents a series of tableaux vivants documenting the soiree of a historically inspired secret society set in a lavish Garden District mansion, circa 1873. Each print is a storyboard for a narrative of murder, mayhem, and excess in which The Omniscient Oracles of the Occult revel in the decay and decadence of celebration for the Greek philosopher and Deteriorationist, Hesiod. Each four-by-six-foot print exhibits an intimate knowledge of New Orleans’ history and flirtations with the romantic occult, as seen in such details as three absinthe bottles in “The Absinthe Drinkers Or The Killing Of The King”, an homage to New Orleans own three absinthe distilleries. Though inspired by a mix of the large scale, black backgrounds, and grisly depictions of the 17th century Dutch Masters and the high society culture of 19th century New Orleans, “Soirée D’Evolution” is firmly rooted in the present through its use of macabre humor and vibrant colors.

“Mississippi Mermaids”, again exhibiting Yseult‘s love of New Orleans, is inspired by childhood memories of collecting treasures from the remote coastal islands of North Carolina with her father. Valued over the fresh scallop shells and rabbit skeletons what stood out as the most valued treasure were the blue, barnacle-covered glass bottles that washed ashore. The standard message cast adrift in a bottle has been here replaced by girls, some resting, some daydreaming, some slightly troubled or even annoyed, but all of whom have become themselves the treasure, the message, the story sent floating through waves. Yseult shot each photograph in black and white before toning each image in cyan — this transformation itself inspired by her time studying photography at Parsons when she would spend many hours toning photographs as cyanotypes. Each image of this series is printed on silver paper which further accentuates the imagery of water that carries each bottle.

“Sex & Death & Rock & Roll” showcases what Yseult described as “loose women, unkempt graveyards, and musicians in various states of cognizance” — a subject matter to which she admits being constantly drawn to for the beauty of these people and places. Shot in black in white to obfuscate the era of each image, one photograph inspired an octogenarian to untruthfully claim she was the subject, a young girl in a St. Louis cemetery. Yseult‘s fascination with women from eras past can be seen in her earlier work of 2004 as well. Here, light boxes were built with black and white ethereal Polaroids, complete with tasseled pull switches and velvet curtains.

Commenting on the inspiration for these pieces, Yseult has said: “Sometimes I just have a vision in my head and have to execute it.”

Sacred Gallery NYC was established in December of 2009 by gallery director Kevin Wilson. The gallery has for over five years exhibited the work of graffiti artists, painters, photographers, print makers, comic book artists, and documenters, utilizing a variety of mediums, including blood and live performance graffiti. The gallery prides itself on the accommodations that are provided to the diverse communities of artists that New York City and the world have to offer.

Sacred Gallery NYC is conveniently located in Manhattan’s SoHo district at 424 Broadway on the northeast corner of Broadway and Canal. Take the N, Q, R, or J subway train to Canal Street.

Sacred Gallery is open daily from noon until 7 p.m. 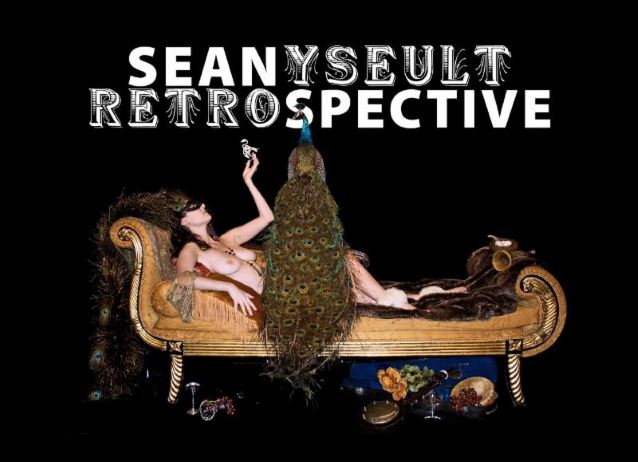