Set to debut on January 11 at 9:00 p.m., “Whiplash” is two hours of hard rock and the heaviest metal, featuring regular interviews with many of metal’s biggest names, past and present.

Full Metal Jackie began her radio career as an on-air personality at WHTG (Neptune, New Jersey), and later at WDHA (Dover, New Jersey). After a short stint as on-air host at San Diego’s 94.9 KBZT, Jackie landed the opportunity she had been working toward since her early WSOU days: host and producer of her own (and L.A.’s only) commercial heavy metal radio show, “Chaos”, on Indie 103.1. Today, Full Metal Jackie‘s show can be heard in syndicated markets throughout the United States.

Full Metal Jackie is the author of “Full Metal Jackie Certified: The 50 Most Influential Heavy Metal Songs Of The ’80s And The True Stories Behind Their Lyrics”, which is available in stores and online. 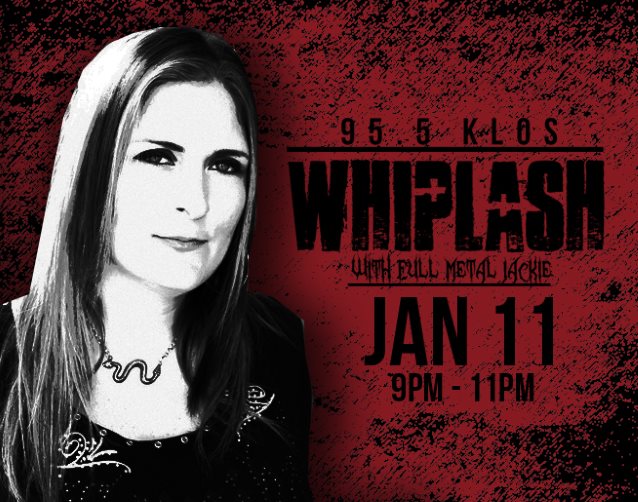