Ex-QUEENSRŸCHE singer Geoff Tate spoke to Myglobalmind about the controversy surrounding “Frequency Unknown”, the sole album he released under the QUEENSRŸCHE banner during a period while he was battling his former bandmates over the rights to the group’s name.

Regarding the decision by his then-record label Deadline Music/Cleopatra Records to make available “new and improved” mixes of “Frequency Unknown” to any customers who purchased the original mix version and were dissatisfied with the audio, Tate said: “Unfortunately, or fortunately, ‘Frequency Unknown’ was kind of caught up in that whole thing [referring to the court case with his former bandmates] , and combine that with a record company that just did very strange things like having the album remixed without talking to me, and then reissuing a remixed version of it; kind of strange thing. I’ve never had that ever happen to me before in all my years.”

He added: “The original was the one we did. They [the record label] never said, ‘We think you should remix this.’ If they would have said that, we probably would have remixed it at the time, but there never was the invitation to remix it. There never was never a feeling that it needed to be remixed. It just was what it was. And still to this day they never have contacted me saying, ‘Hey, we remixed your album. Would you like a copy?'”

According to Tate, this is not the first time a particular mix on an album has been the subject of debate. He said: “You know, in the big picture of things, what is a mix? A mix is something that is so ambiguous. What is good? Who defines what good is? If you listen to albums throughout time… I can’t even imagine how many U2 albums there are [that are], in my opinion, horrible mixes, but people love the albums. They love the songs. They bought them. So what does that mean? Five hundred thousand people bought ‘The Warning’ album by QUEENSRŸCHE, which was a horrible mix. It wasn’t even a mix that the band did. The record company took it out of our hands because we were way over budget. The band hated the mix, but it was what it was.”

Tate went on to say: “Remixing and remastering albums is just part of the process that you do when you make albums. It’s no big deal, but typically, it’s not done in front of the public. What happened with ‘Frequency Unknown’ was that somebody in the anti-camp wanted to capitalize on this in some way, and so they started talking about it and posting under multiple web sites and multiple names and creating a controversy that really wasn’t there.”

“The Key”, the first album of an ambitious trilogy from Tate‘s new band, OPERATION: MINDCRIME, was released last September via Frontiers Music Srl. 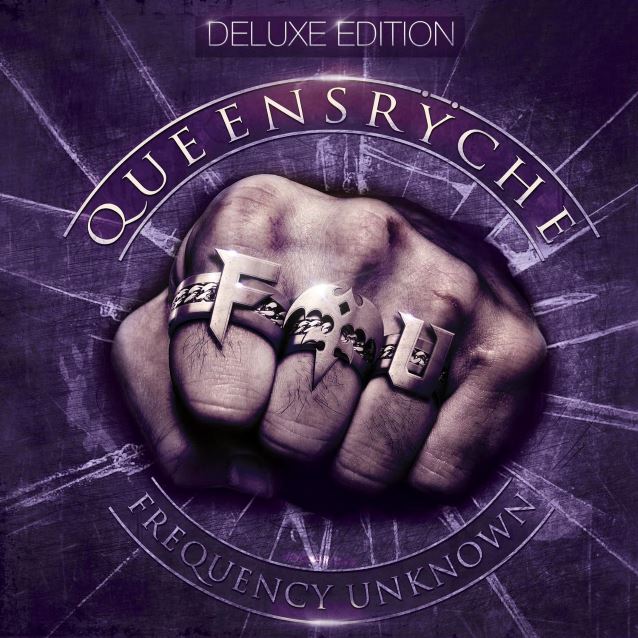