Photos and fan-filmed video footage of Lzzy‘s final December 30 appearance with TRANS-SIBERIAN ORCHESTRA can be seen below (courtesy of The 2 Z Girlz).

Regarding how her collaboration with TRANS-SIBERIAN ORCHESTRA came about, Lzzy told Billboard.com: “In all honesty, it was a complete honor and surprise to me. It kind of came through the pipeline that they were looking for my contact, so of course I’m like, ‘Hey, what’s up?’ ‘Well, we have this great song and it’s a love song’ and, as [TRANS-SIBERIAN ORCHESTRA mastermind Paul O’Neill] put it, they wanted somebody who had ‘the whiskey dust’ in their voice. They ended up coming to me in Nashville during our last little stint of time off and cutting it, and it was awesome, just an amazing group to work with.”

TRANS-SIBERIAN ORCHESTRA‘s Robin Borneman sings on both versions of the song. O’Neill explained to Billboard.com: “I needed someone to bring out the female side of it, so we decided we would have two singers sing that song for a different perspective. Lzzy Hale has a great voice. She’s a great rocker, a lot of emotion. Robin and Lzzy, in my opinion, knocked it out of the ballpark.”

TRANS-SIBERIAN ORCHESTRA, the collaboration between longtime SAVATAGE singer/songwriter Jon Oliva and producer Paul O’Neill, has become one of the most successful stories in rock ‘n’ roll history. Defying the odds with each project, they continue to search for new and original ideas to bring to reality no matter how difficult the challenge.

The TRANS-SIBERIAN ORCHESTRA saga continues this year with a new album, “Letters From The Labyrinth” — yet another endeavor in creating something different. TRANS-SIBERIAN ORCHESTRA founder Paul O’Neill‘s inspiration for this album came out of his love for history. As collector of antiquities and historical artifacts, he explained, “Over the years I have been able to read and hold in my hands letters from people that have inspired me and left a mark on civilization. People like Mark Twain, Ben Franklin, Thomas Edison, Orville Wright — when I actually held a letter in my hand that President Lincoln wrote, it brought me into his world in a way I could never have imagined.”

Released on November 13 via Universal Music, “Letters From The Labyrinth” finds a conceptually provocative song cycle pushing the proverbial envelope yet again — this time with what O’Neill calls TRANS-SIBERIAN ORCHESTRA‘s “first hybrid album.” The overall concept is based on TRANS-SIBERIAN ORCHESTRA‘s “Night Castle” (2009) and a dialogue between the wisdom of the past and the hopes for the future, via a correspondence between a child and an old friend of the child’s grandfather.

On “Letters From The Labyrinth”, TRANS-SIBERIAN ORCHESTRA deals with subjects as broad as humanity’s journey through the ages (“Time & Distance”), and as specific as bullying (“Not The Same”), the fall of the Berlin Wall (“Prometheus”) and the world banking controversies (“Not Dead Yet”).

“I love making music and I love making it relevant,” O’Neill said. “I always believed the arts have a way of inspiring and uniting people. We try to maintain that tradition on the albums and all the other projects we do. I think that when everything else is falling apart, people look to the arts to help make sense of things and put the events they are experiencing into some kind of context.”

“Letters From The Labyrinth” track listing:

All photos and videos courtesy of The 2 Z Girlz 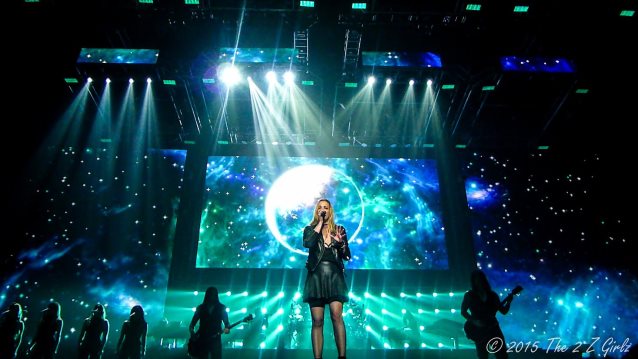 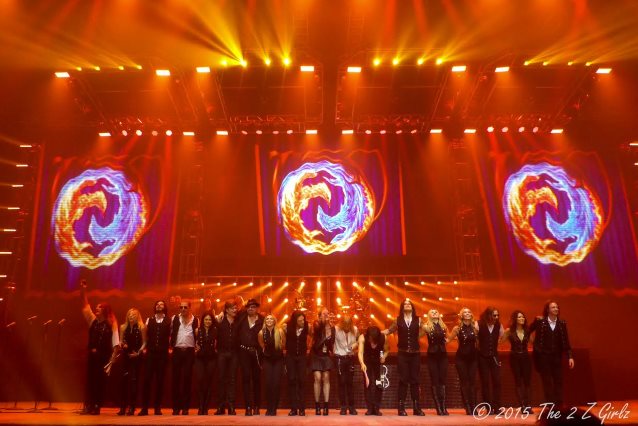