TKO, THE RODS Members Record Cover Of MOTÖRHEAD's 'Ace Of Spades' As Tribute To LEMMY

Members of American metal bands TKO and THE RODS recently teamed up to record a high-octane version of the MOTÖRHEAD classic “Ace Of Spades” as a tribute to Lemmy.

Immediately following Lemmy‘s death, the surviving members of MOTÖRHEAD reached out to their fans and simply requested that they “play Lemmy‘s music loud. Have a drink or few. Share stories. Celebrate the LIFE of this lovely, wonderful man celebrated so vibrantly himself.”

Former members of TKO gathered together to follow those instructions on a dreary Saturday while tuning into the live broadcast of Lemmy‘s “Celebration Of Life.” Brad Sinsel, frontman for TKO, WARBABIES and ANGELS OF DRESDEN, took things a step deeper in his search for closure in the matter. Speaking with guitarist Rick Pierce, bassist Evan Sheeley, guitarist Brynn Arens, Sinsel asked with a grin, “How ’bout we go in and record some MOTÖRHEAD? Who’s game?” Immediate reaction from everyone was “Hell yeah!” Sinsel‘s next call was to Carl Canedy, drummer for THE RODS. Sinsel said: “I couldn’t think of anyone more fitting to do this with.”

As part of “The Lemmy Sessions,” TKO entered the studio in celebration of what they viewed as a rock ‘n’ roll life well lived. Although the plan was never to release the recordings to the public, the final decision was made to issue “Ace Of Spades” as a loving tribute to Lemmy. All proceeds will go to the Ronnie James Dio Stand Up And Shout Cancer Fund.

Canedy has checked in to share his favorite memory of Lemmy: “When THE RODS opened for MOTÖRHEAD at the Calderone Concert Hall in Hempstead, Long Island, New York, we were in the middle of recording our ‘Live’ album for Combat Records. It was a crazy time for us and I remember having been called to the back of the venue during MOTÖRHEAD‘s set. They were so loud that even outside we had to yell to each other to be heard. MOTÖRHEAD was so loud, I couldn’t believe it. As we’d been called the ‘American MOTÖRHEAD‘ in the first Sounds review by Geoff Barton, I was eager to see them live. They didn’t disappoint. It was truly one of the loudest shows I’ve ever seen.

“After the show, Lemmy hung out with us at the back of the venue. I remember him being a really good guy. He had his arm around me chatting and offering me his seemingly ‘never-ending’ beer. He was patient and kind to the fans. The nicest and most unpretentious guy I’d met in the music business. A true metal icon!” 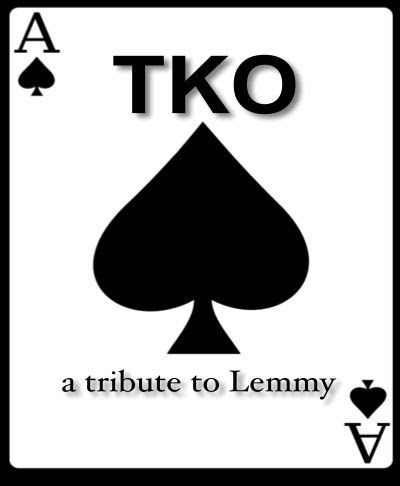