Nashville hard rock band THE EAST SIDE GAMBLERS held a benefit concert on January 8 at the Mercy Lounge in Nashville, Nashville to help a friend pay for chemotherapy bills. Joining them throughout the evening were Tom Keifer (CINDERELLA), Lzzy Hale and Joe Hottinger from HALESTORM, Damon Johnson (BROTHER CANE, ALICE COOPER, BLACK STAR RIDERS), and Rachel Bolan and Dave “Snake” Sabo from SKID ROW. Fan-filmed video footage of the concert can be seen below.

* Slave To The Grind

Lzzy Hale of HALESTORM with THE EAST SIDE GAMBLERS

Asked in a recent interview whether there are any plans for HALESTORM to release a third covers EP to follow 2011’s “ReAniMate” and 2013’s “ReAniMate 2.0”, Lzzy told Shaw TV: “There’s always plans for those things. We’ve been using them, actually, to experiment with where we’re gonna go next on records. It didn’t start out that way, but the first one that we did, we experimented with a few different tempos of songs. Like, for instance, there’s ‘Slave To The Grind’ [SKID ROW] and ‘Out Ta Get Me’ [GUNS N’ ROSES], and we had never really experimented with that type of rockiness before. And we all turned to each other, like, ‘We need something that sounds like that.’ Out of that came ‘Love Bites’. And then we did [‘Gold Dust Woman’ from] FLEETWOOD MAC on this last one, and out of that came ‘New Modern Love’ for this record. So it’s kind of a safe way to be, like, ‘Okay, let’s cover a song that’s already proven, but really try to discover something new about ourselves and what we enjoy.’ Experiment with different genres — just to throw something weird into the mix and challenge ourselves.”

Regarding the recording process for HALESTORM‘s third album, “Into The Wild Life”, in Nashville, Lzzy said: “What we love about that town is that it really has become so much more diverse than just the country [scene]. Yes, there’s a huge country [scene] — that’s their m.o. — but just the vibe in general is that, really no matter what genre it is, can you kill it in a bar at 4 a.m.? Can you sing some Janis Joplin and bring the house down? That’s what they judge you on. It’s not necessarily, what magazine cover have you been on lately? So just the whole live feel and the fact that there’s so many great musicians, it really kind of made us step up our game. Because we were going out and seeing live music every single night of the week, and then we’d go in in the morning and play music. And it’s, like, you just look at this guy that’s, like, just some dude that probably works at Home Depot, and he can shred on guitar. And we’re, like, ‘We need to practice.’ So in that aspect, the musicianship definitely influenced us.” 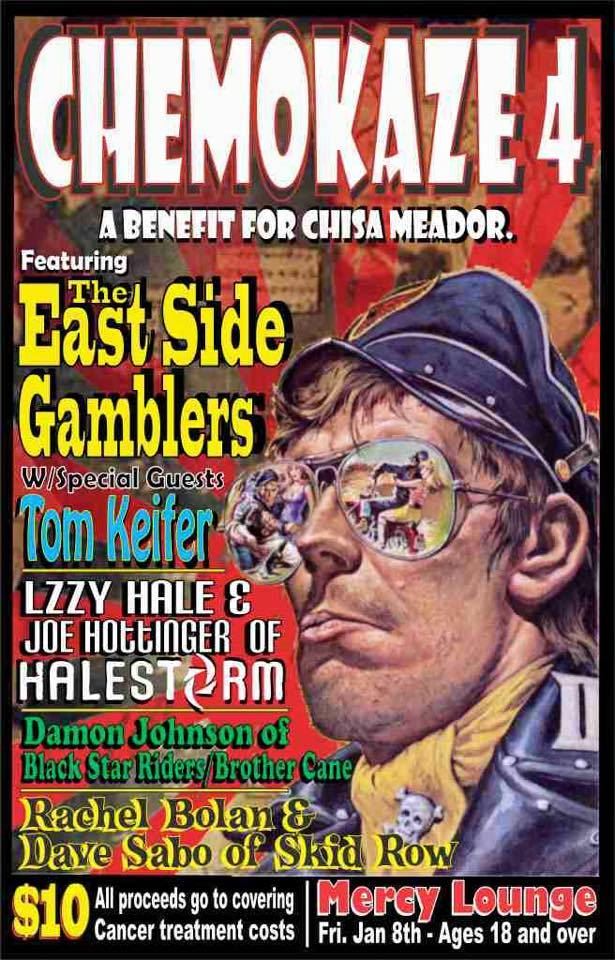