Fan-filmed video footage of Lita Ford‘s December 12 performance at Ralston Arena in Omaha, Nebraska can be seen below.

Ford recently told PopCultureMadness.com about her long-awaited autobiography, “Lita Ford – Living Like A Runaway: A Memoir”, which is now set to arrive in the spring of 2016 via Dey Street Books (formerly It Books), an imprint of HarperCollins Publishers: “It’s an autobiographical memoir of Lita Ford and growing up in the music industry. It’s really great. I’m very, very proud of it.”

Asked how writing a book is different from composing music, she said: “It’s completely two different animals. Just trying to come up with something that captures the reader and keeps the interest flowing. You don’t wanna lose the reader’s interest. So I think I did that; I think I was able to do that on this book. It starts off in a time in a period and you have to get into it a little bit, and once you do, you can’t put it down — you can’t put it down. What happens next? You can’t wait for the next chapter. It’s really cool.”

Regarding whether it was hard to revisit certain episodes in her life while writing the book, Ford said: “Well, things are emotional. There’s deaths, there’s divorce, there’s things that are so goddamn funny that you can’t help it but cry laughing. It’s just a very emotional book. And you have to really go there mentally — you have to go there in order to be able to put it down on paper and in a book for people to read. So it was a challenge. And you really don’t have a choice as to when… ‘I don’t feel like doing it right now.’ Fuck that! Go there. You have to go there [and] get it done. So it was tough.”

On the topic of the progress of the songwriting sessions for the follow-up to her “Living Like A Runaway” album, which was released in June 2012, Ford said: “I’ve got about half the album written right now, and then we’re gonna start working on the other half. We haven’t started recording yet — [we’re] just writing. So we wanna have a good handful of songs that are amazing and we know that we’ve got a good base to go in and start recording. And once we get that, we can start recording them and say, ‘You know what? This song is fucking incredible. This one’s definitely going on the album. This one is going on the backburner for now.’ And you kind of pick and choose and see what we’ve got and what we’re missing.”

At least a good portion of “Living Like A Runaway: A Memoir” will focus on Lita‘s years with the all-teenage-girl rock band THE RUNAWAYS, whose members also included fellow future rock star Joan Jett. 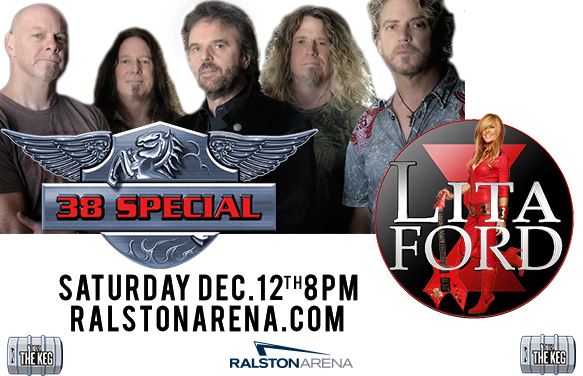