Former RATT singer Stephen Pearcy performed cover versions of JUDAS PRIEST‘s “Heading Out To The Highway” and AEROSMITH‘s “Draw The Line” during this past Tuesday’s (June 14) “Ultimate Jam Night” at the world-famous Whisky A Go Go in West Hollywood, California. He was joined by Chuck Wright (bass), Mitch Perry (bass) and Greg D’Angelo (drums). Check out video footage below (courtesy of California Rock News).

“Ultimate Jam Night”, which debuted its Whisky A Go Go residency on March 29, features a wide range of music genres, a circus atmosphere, every Tuesday night at the Whisky A Go Go.

Chuck Wright, longtime bassist of QUIET RIOT, started “Ultimate Jam Night” over a year ago at Lucky Strike and has now moved it to the Whisky A Go Go. It remains a no-cover show.

Using a format of unrehearsed tunes integrating music’s best performers, performance art, comedy, and charity giving the show has attracted over 28,000 in-person guests, viewership in excess of two million and worldwide attention. In its first year, the weekly event boasted performances by members of KISS, MOTÖRHEAD, BON JOVI and others.

“We’re proud that our show has created not only a following, but an extremely loyal family feel,” said Wright. “We’re excited that the Whisky allows us to continue our mission of rebuilding the rock music community — only this time on the Sunset Strip in an iconic and historical setting.” 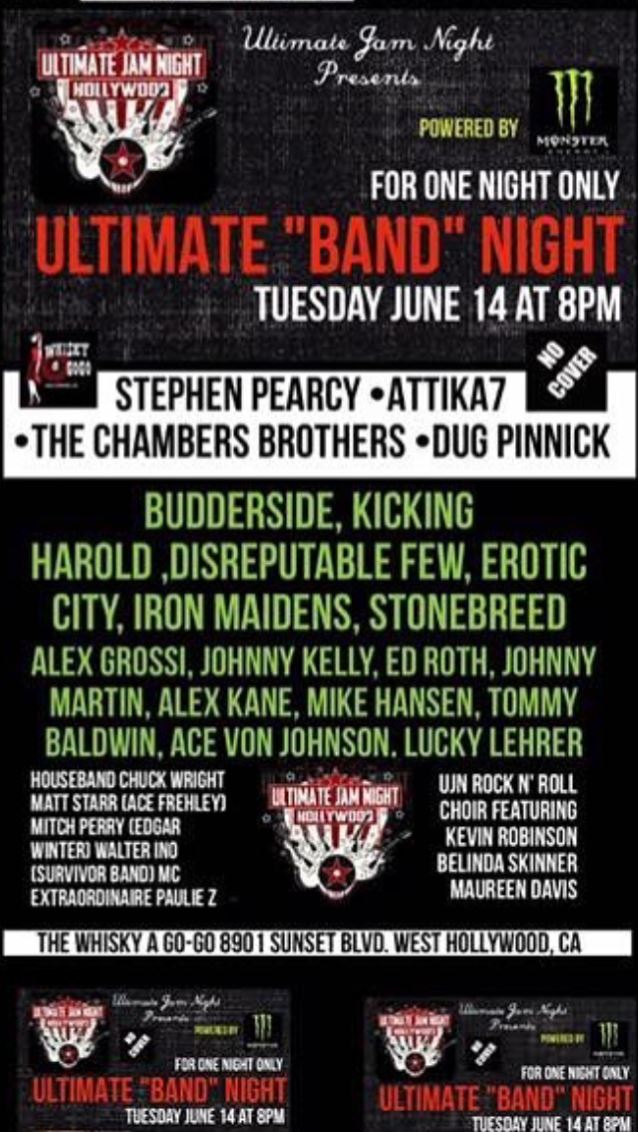