The partly reunited classic lineup of GUNS N’ ROSES hit Dodger Stadium Thursday night (August 18) for the first of two hometown shows as part of the influential hard-rock band’s “Not In This Lifetime” tour.

Three separate reviews of the concert can be found at the links below:

Slash told Boston’s WZLX radio station about the trek: “Everybody’s getting along, everybody’s playing great. We were all pretty positive that that would never happen so it’s still sort of blowing our minds. It seems so surreal to me, but everybody’s really getting along great and I think everybody’s come a long way and it’s all cool.”

Live Nation exec Bob Roux predicted the company would sell one million tickets for the 25-show tour, roughly 90 percent of what was available. He added that some less well-attended shows were the result of the band playing cities it wanted to play, rather than sticking to the highest population centers that would better guarantee sellouts.

Drummer Steven Adler performed with GUNS N’ ROSES at two shows early last month. Adler joined GUNS for “My Michelle” and “Out Ta Get Me” on July 6 in Cincinnati and July 9 in Nashville.

Guitarist Izzy Stradlin remains the last member of the classic band to keep his distance from the current reunion, with unconfirmed reports suggesting that he was approached about the reunion, but did not wish to tour and/or was not happy with the money he was offered.

Reed, a 22-year veteran of the group, told The Pulse Of Radio a while back that unpredictability has always been part of the band. “The volatility is definitely still there, especially for me, because I’ve seen a lot,” he said. “It keeps you on your toes for sure. I just show up every night as prepared as possible to do my job, and anything else that happens is out of my control. There’s really no way to truly deal with that.” 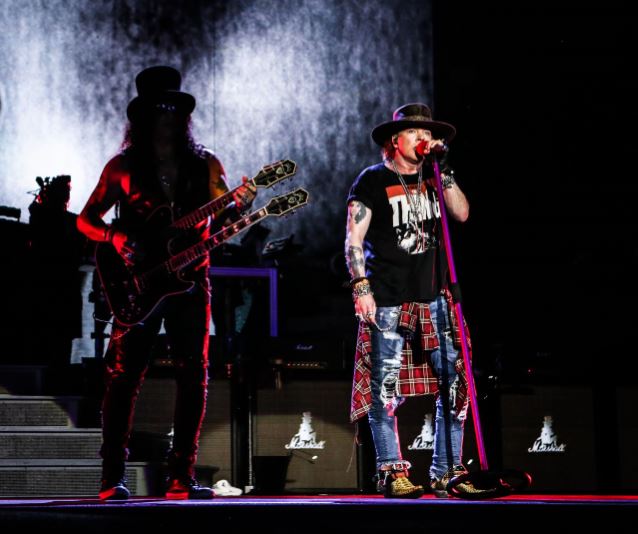 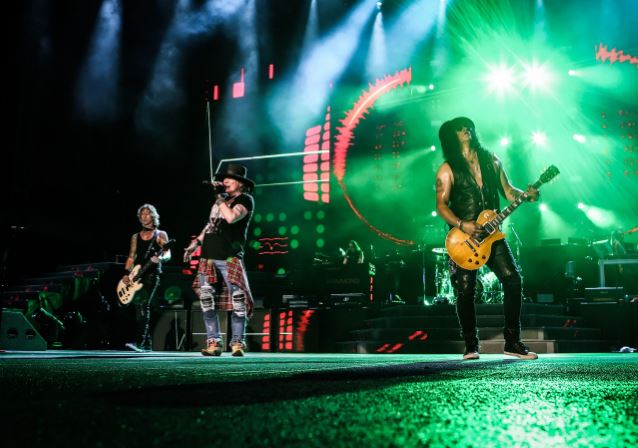 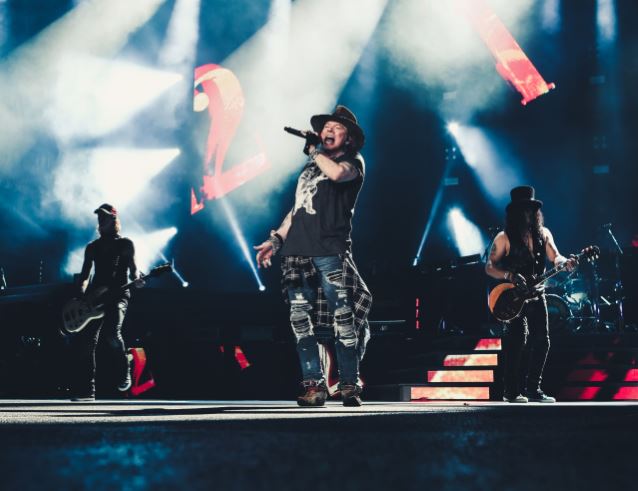 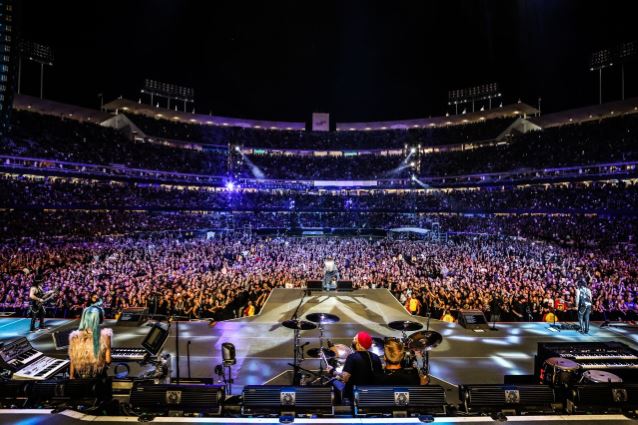 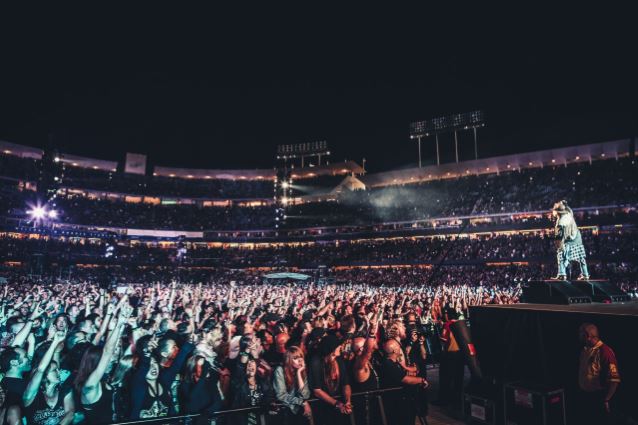 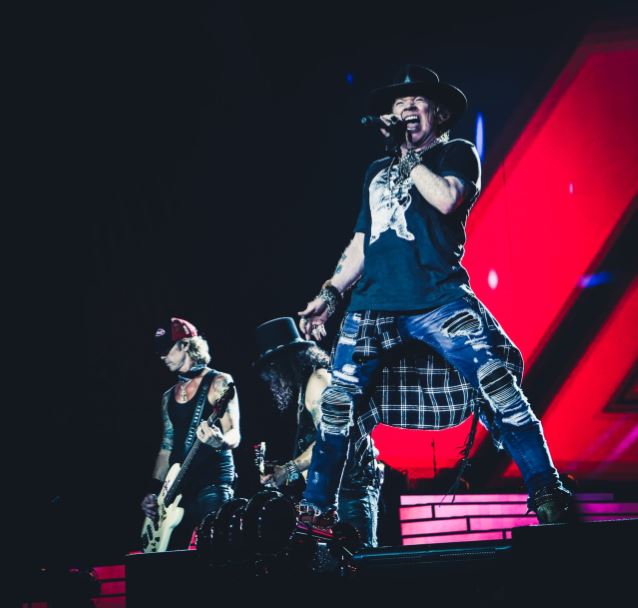 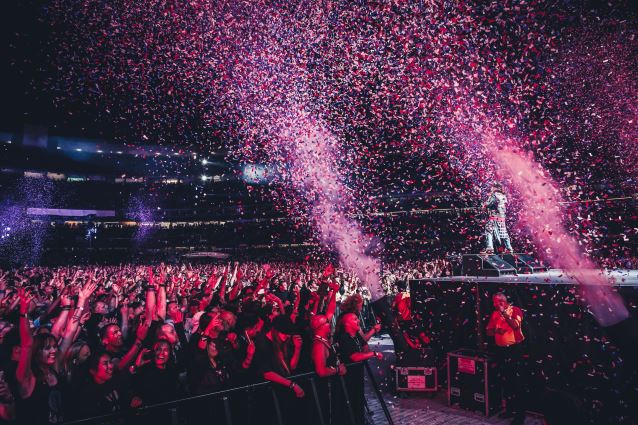 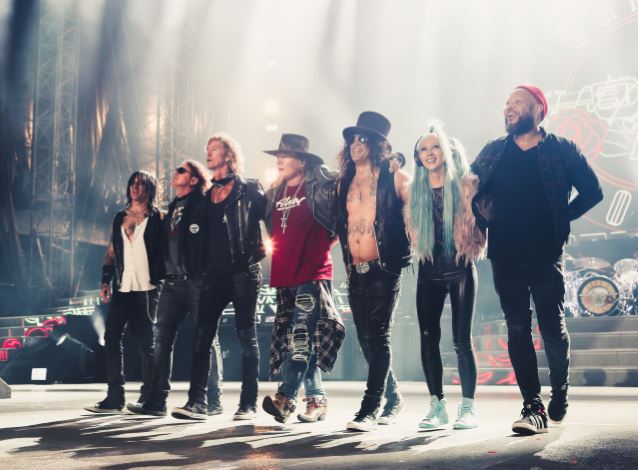 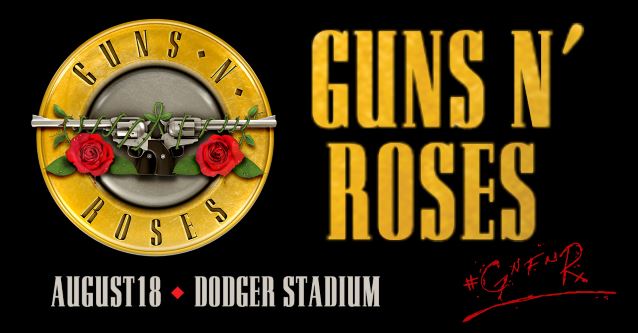