Swedish rockers BACKYARD BABIES will release a new concert DVD, “Live At Cirkus”, on February 24 via Gain Music Entertainment, which is distributed and partly owned by Sony Music. The was filmed at the band’s February 10, 2016 headlining concert at Cirkus in Stockholm. The DVD contains singles like “Th1rt3en Or Nothing”, “Brand New Hate” and “Minus Celsius”.

“To be able to shoot our concert from 2015 at one of my absolute favorite venues in Stockholm was amazing,” said BACKYARD BABIES frontman Nicke Borg. “In this DVD, you’ll catch some of the magic that went down that night. Enjoy.”

BACKYARD BABIES officially reunited in 2014, five years after they announced that they were going on an “indefinite hiatus.” A new album, “Four By Four”, arrived in 2015.

Speaking about the meaning behind the “Four By Four” title, Borg told Rock ‘N’ Load: “‘Four By Four’. It’s, like, BACKYARD BABIES is like a four-wheel truck, you know?! It goes through mud and fucking terrain. And if one wheel, one bandmember, stops working, the three others carry the vehicle.”

Regarding the band’s decision to take a long hiatus, BACKYARD BABIES guitarist Dregen told All About The Rock: “Well, we started this band back in 1989 and we were working super hard to get a record deal, so when we got that, we toured heavily until 1998 on the back of our 1994 debut album, ‘Diesel And Power’. So it was at that point that we started to make a living out of music. So since 1998, really, we’ve been constantly out on tour and recording albums. By 2010, we were fried. Absolutely worn out in a way.”

He continued: “It wasn’t anything within the band. It was just for that it got to a stage where I would have a friend come up to me and say, ‘Hey, you guys where great tonight,’ and I’d be, like, ‘Oh, okay, thank you,’ and then the next night someone else would come up and say, ‘Hi, you guys were not that great tonight.’ It was at that point where I couldn’t even tell if a gig was good or bad anymore; I’d turned into some sort of robot rocking machine.” 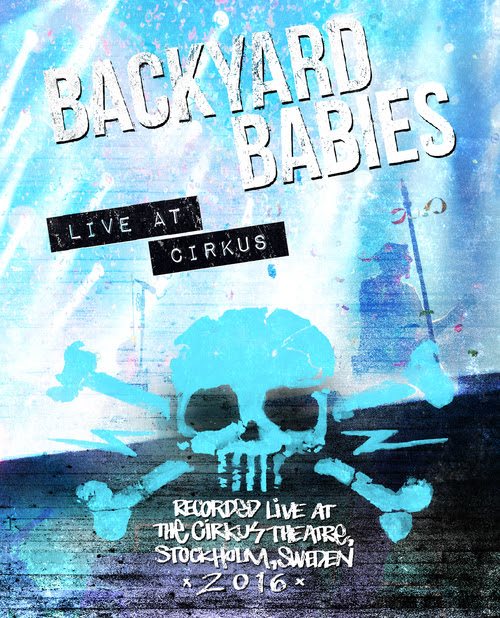