NEON COVEN, the new industrial rock band from Los Angeles, California, has released its debut EP, “Risen”, via New Ocean Media. Recorded in Hollywood, the effort was produced by Jacob Bunton (LYNAM, ADLER), who also plays bass for the band. The EP consists of four tracks ranging from songs about survival and balance to emotionally charged anthems.

The EP’s title, “Risen”, is a dedication to the fallen and broken who refuse to back down and give up on their dreams. “The idea behind music is to connect, create and inspire,” states Montemarano. “Between life and death, we are always riding the quantum edge.”

“These songs reflect on the uncertainties of life and coming to grips with our own mortality,” adds Bunton. “The only guarantee we have in life is that one day it will end. It’s up to each one of us to create our own destiny and live life to it’s fullest. The world is full of ups and downs, but I’ve always believed in the Rocky Horror quote ‘if you can dream it, you can be it.” 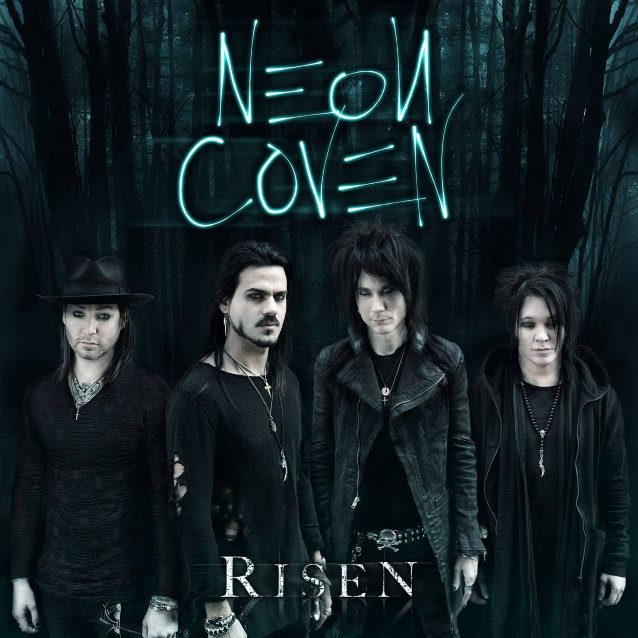