Hard rock outfit EYES SET TO KILL has released the first offering from its soon-to-be-announced new record. The “Break” single is available now to stream/purchase on Spotify and iTunes.

In other news, EYES SET TO KILL has announced that Tiaday Ball (of THE WORLD OVER) has joined the band as its new bassist. Additionally, the group has welcomed its long-standing touring guitarist, A.J Bartholomew, as an official member.

EYES SET TO KILL will also embark on the “Break Into Action” tour this spring. Support on the trek will come from BAD SEED RISING and THE NEARLY DEADS.

Speaking about the upcoming tour dates, EYES SET TO KILL lead vocalist Alexia Rodriguez states: “We are excited to be playing some brand new jams on this tour in support of our album coming out later this year and are lucky to be heading out on tour with a lineup full of bands fronted by badass, talented women from the underground rock scene.” 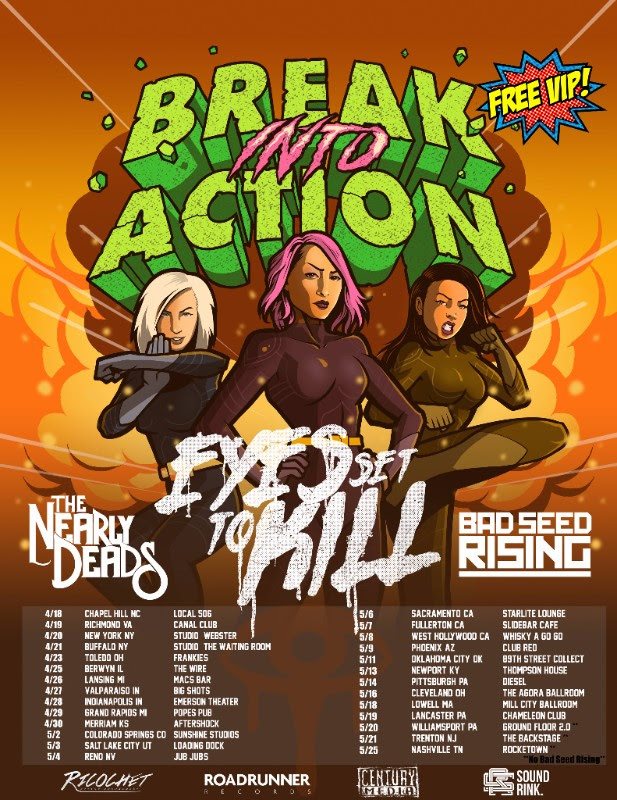