MASSACRE X, the revamped version of their classic late 1980s/early 1990s death metal band MASSACRE, will make its live debut on June 24 at the Protzen Open Air festival in Protzen, Germany. Additional shows will take place later in the year.

The main objective of MASSACRE X is to rekindle the sound, style, aggression, and passion that originally elevated MASSACRE to cult status in the death metal scene two and a half decades ago.

MASSACRE X is managed and represented by World Entertainment‘s Gunter Ford and Alexander Ford. Booking in Europe is being handled by Paul Ryan at UTI, while booking in the USA and Canada is being taken care of by Mark Hyman and Andrea Roberts at ATI.

MASSACRE X‘s plan is to play the “From Beyond” album, along with a few old classics from DEATH and the pre-DEATH outfit MANTAS.

MASSACRE‘s last incarnation included Rozz and Mazzonetto alongside bassist Terry Butler and vocalist Ed Webb. That lineup lasted for four years and released a critically acclaimed album, 2014’s “Back From Beyond”, via Century Media Records. 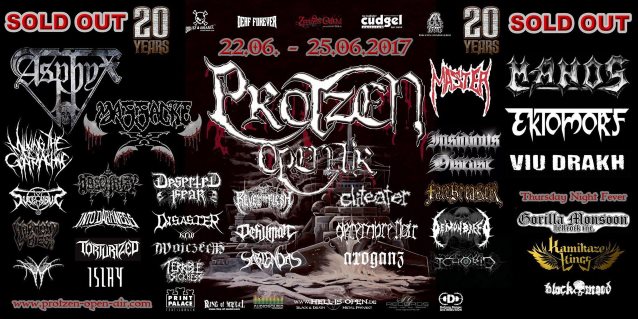