NICKELBACK's 'All The Right Reasons' Certified Diamond In U.S.

According to Billboard, NICKELBACK‘s “All The Right Reasons” album has been certified diamond by the Recording Industry Association Of America (RIAA), for sales and streams of ten million units in the United States.

“We’re very thankful to have an album that so many people have appreciated,” said guitarist Ryan Peake in a statement. “We never imagined this would be possible and for that we are humbled and so grateful 10 million times over. We are honored to have reached this milestone with ‘All The Right Reasons’, none of which would be possible without all the amazing people that have supported us.”

Frontman Chad Kroeger added: “When we started this band, never in our wildest imagination did we ever think we would get a label deal and put a record out, get a song on the radio, tour outside of our home territory and be gifted with the opportunity to meet so many amazing friends, supporters and talented musicians the world over along the way. These were all just dreams that three guys from Hanna, Alberta never could have fathomed. Thank you to everyone that has embraced ‘All The Right Reasons’ in their own way. To this day, it remains a very special album to us and we are truly humbled to all of you for making every dream we could have hoped for come true.”

“All The Right Reasons” has sold 7.96 million copies in the U.S., according to Nielsen Music.

NICKELBACK recently announced that its new single and album are both called “Feed The Machine”, with the band heading out on a lengthy North American tour this summer to support them.

The trek kicks off on June 23 in Noblesville, Indiana and hits 44 cities before winding down on October 1 in Vancouver. 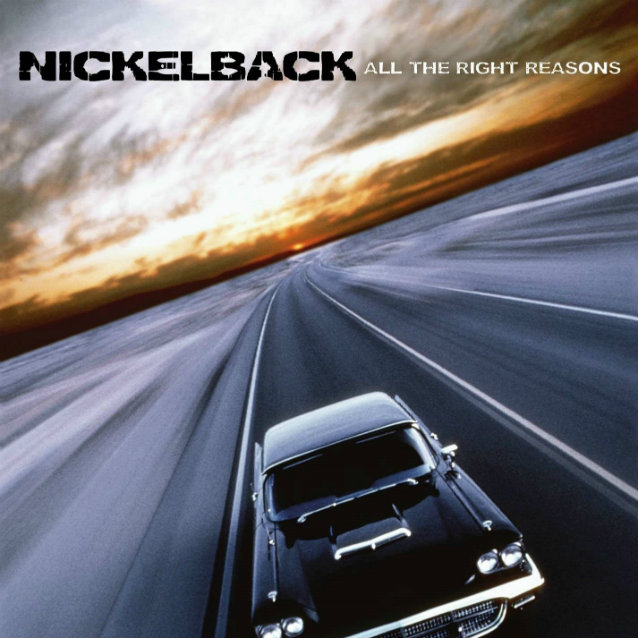