Former SEPULTURA members Max Cavalera (guitar, vocals) and Igor Cavalera (drums) will embark on another European tour in November to celebrate the twentieth anniversary of the band’s classic album “Roots” by performing the LP in its entirety. Support on the trek, dubbed “MTV Headbangers’ Ball Tour 2017”, will come from OVERKILL, INSOMNIUM and DESERTED FEAR.

Max and Igor first played all of “Roots” at last year’s edition of the Amnesia Rockfest in June 2016.

Max spoke to Holland’s FaceCulture about how he looks back on the “Roots” album twenty years later. He said: “Yeah, [the personal stuff around the band] was chaotic, but musically, it was good. I think ‘Roots’ is an excellent record. It’s a very brave record. It’s a very fearless record in terms of saying, ‘We’re gonna do this. No matter what people say, we’re gonna do it.’ And we did it. And it was a huge risk. Not many bands take that risk. And we stuck to our guns and put the album out. And I think it was a very interesting record, because I think it was the beginning of my experiences in world music, which I really love, and bringing metal… making metal different. You can combine indigenous sounds and stuff with metal and make something cool with it. So I think ‘Roots’ was the blueprint for all that; it was like the first one that was like that. We went to the Xavantes tribe and recorded with them. It was killer. It was an amazing experience.”

“Roots”, along with 1993’s “Chaos A.D.”, is considered SEPULTURA‘s most commercially successful release, having been certified gold in 2005 by the RIAA (Recording Industry Association of America) for U.S. shipments in excess of 500,000 copies.

In 1996, Max exited SEPULTURA after the rest of the band fired Max‘s wife Gloria as their manager.

Igor left SEPULTURA in June 2006 due to “artistic differences.” His departure from the band came five months after he announced that he was taking a break from SEPULTURA‘s touring activities to spend time with his second wife and their new son (who was born in January 2006). 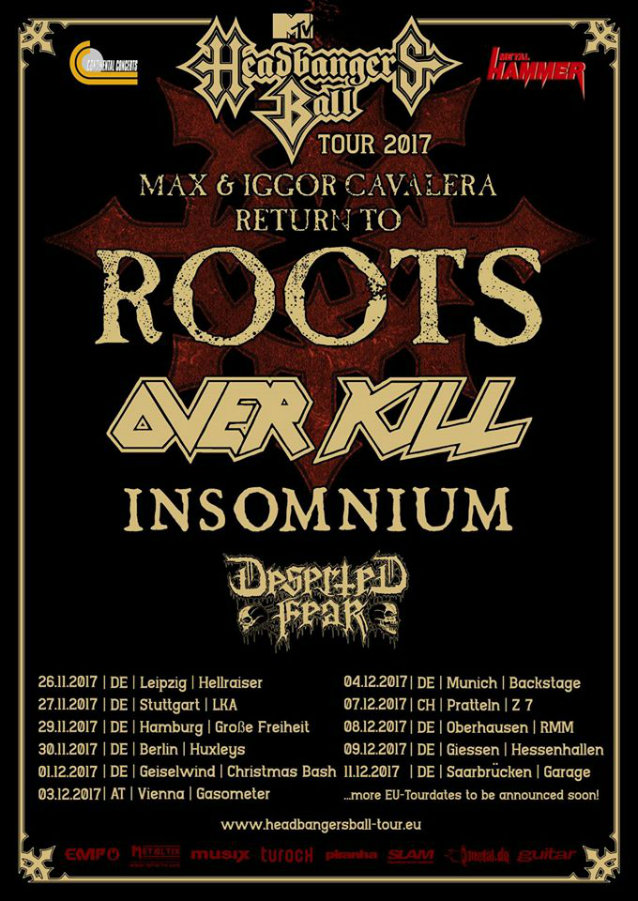