Dey Street Books (formerly It Books), an imprint of HarperCollins Publishers, has set a November 14 release date for KISS bassist/vocalist Gene Simmons‘s new book, “On Power: My Journey Through The Corridors Of Power And How You Can Get More Power”.

Simmons told “The Ride With JMV” on 107.5/1070 The Fan that the book is about how “everybody can make more money and actually become relatively rich.” He explained: “There are certainly enough economists in the world who have broken through the glass ceiling and taken the message out there that we’ve always assumed that the top should only be the people that are the smartest and the richest and all that stuff, and that the masses — the great unwashed masses — can never attain the heights, and that is patently untrue.”

In “On Power”, Simmons, multi-hyphenate entrepreneur, and master of self-invention, shares his philosophy on power — how to attain it, how to keep it, and how to harness it as a driving force in business and in life.

As co-founder of KISS, America’s #1 gold record-award-winning group of all time, Simmons knows the thrill and seduction of power firsthand. But gold records alone don’t equal power. The decisions you make once you attain a certain level of success are what separate the pretenders from the pantheon.

Inspired by Niccolo Machiavelli‘s “The Prince”, Simmons offers his unique take on the dynamics of power in every realm of life, from the bedroom to the boardroom, to the world of rock, celebrity, and social media, to politics. With one-of-a-kind anecdotes from his life and career, as well as stories from historical and contemporary masters of power, including Winston Churchill, Napoleon Bonaparte, Warren Buffett, Michael Jordon, Oprah and Elon Musk, Simmons crafts a persuasive and provocative theory on how the pursuit of power drives civilization and defines our lives.

The rules of power are changing in today’s fast-paced, hyper-connected world in a way that Machiavelli never could have imagined, and we all need to learn to adapt. Simmons tells readers: Ignore the negatives. Be unrelenting. Rise above the rest. You are the architect of your success.

Simmons‘s last book, “Me, Inc.: Build An Army Of One, Unleash Your Inner Rock God, Win In Life And Business”, came out in 2014.

Although Gene has long portrayed himself as the brains behind KISS, his bandmate Paul Stanley‘s memoir, “Face The Music: A Life Exposed”, painted a different picture, with Stanley claiming that Simmons was always more concerned with the Gene Simmons business. According to Keith Spera‘s review of “Face The Music” in The Times-Picayune, Paul wrote in the book that he, along with his therapist at the time, realized in the 1980s that KISS‘s financial managers were acting in bad faith. Other managers — not Simmons — encouraged diversification into a wide and lucrative range of merchandising opportunities.

“I saw the term ‘marketing genius’ used in reference to Gene quite frequently… [and] it turned my stomach,” Stanley wrote of Simmons. “Neither Gene nor I has had an active hand in any significant deals.

“He was no marketing genius. He just took credit for things. It was unwarranted, selfish, and hurtful, and there was no way to excuse it. Calculated strategist? Sure. Genius? No.”

Despite the barbs directed at Simmons, Stanley said in an interview that his longtime bandmate and business partner “had no arguments with” the comments Paul made in “Face The Music”. “We’ve always been very honest with each other,” insisted Stanley. 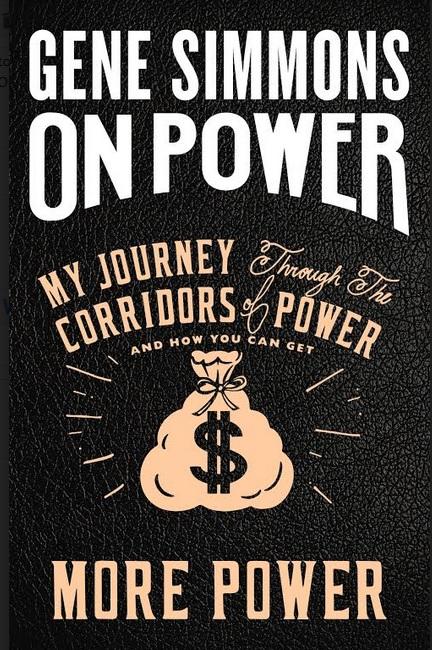