Ozzy is joined on the current run of dates by guitarist Zakk Wylde, who was the SABBATH frontman’s regular axeman from 1988 to 2007, although they’ve often performed together since then. Osbourne‘s touring lineup also includes Rob “Blasko” Nicholson on bass, Tommy Clufetos on drums and Adam Wakeman on keyboards.

More Ozzy shows will follow in September and October, with the final date take place at this year’s edition of the Ozzfest Meets Knotfest on November 4 in San Bernadino, California.

Speaking to the Chicago Tribune about the possibility of collaborating with Ozzy on a new studio album, Zakk said: “My relationship with Ozzy and Mrs. O [Ozzy‘s wife and manager, Sharon Osbourne] is if they call me up and say, ‘Bring eggs and milk over and clean the dog run,’ I do it. If Oz wants to do another record, then we knock it out. We haven’t spoken yet about a record. Basically, right now it’s about the shows.”

Wylde originally joined Osbourne‘s band three decades ago and backed the legendary frontman from 1987 to 1995, then again in 1998, from 2001 to 2004 and also from 2006 to 2009. His guitar playing can be heard on Osbourne‘s studio albums “No Rest For The Wicked”, “No More Tears”, “Ozzmosis”, “Down To Earth”, “Under Cover” and “Black Rain”. The first album with Wylde went double platinum and “No More Tears” remains Ozzy‘s most successful album, going four times platinum in the United States with four Top 10 songs on the U.S. Billboard chart. Wylde also appeared with Ozzy on three live albums. 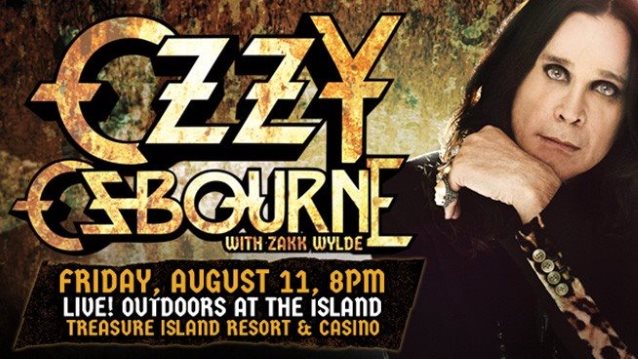