Video footage of Ellefson and RON KEEL BAND performing an acoustic cover version of MEGADETH‘s “Symphony Of Destruction” at yesterday’s celebration can be seen below.

“You miss a lot of what a town really is when you just drive by on a four-lane interstate,” Ellefson told WCCO about the importance of bringing the Ellefson Coffee Co. brand back to his hometown. “So part of what our venture is here is to partner with the local businesses so we can bring people off the local freeway to bring them in to really get and feel the heart and soul of the people.” 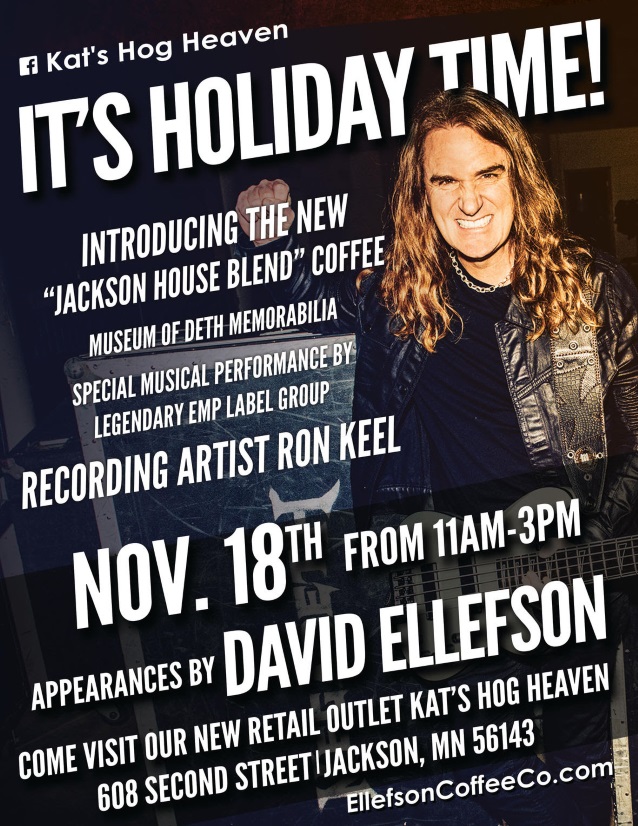