Simmons kicked off his 2018 Australian tour in Adelaide on Tuesday, with shows in Melbourne and Brisbane also taking place this week.

After having rescheduled these dates from April of this year, it was announced a few months back that Simmons would be supported by none other than Frehley.

“Ace and I haven’t played together in Australia since 2001 and we’ll have a lot of fun in the encore,” Simmons said in a statement announcing the tour.

“These shows give both of us the opportunity to dig deep into our catalog of songs and play songs that the fans probably thought they’d never hear live. Here’s your chance!”

Frehley has joined Simmons during three “Vault Experience” shows which the KISS bassist/vocalist is doing to promote his $2,500 box set that he is hand delivering to fans.

Just last year, Frehley appeared on stage with Simmons for the first time in 16 years. Since then, they’ve performed together a number of times and even collaborated on new music for Ace‘s upcoming solo album.

Rumors about Frehley‘s return to KISS gained strength in 2016 after he teamed up with KISS lead singer Paul Stanley on a cover of FREE‘s “Fire And Water”, marking their first collaboration since 1998’s “Psycho Circus”.

Frehley‘s version of “Fire And Water” appears on his covers collection “Origins, Vol 1”, which received great reviews and landed in the Top 25 on the Billboard album chart.

Stanley told Billboard last year that he had no interest in a reunion of KISS‘s original lineup. 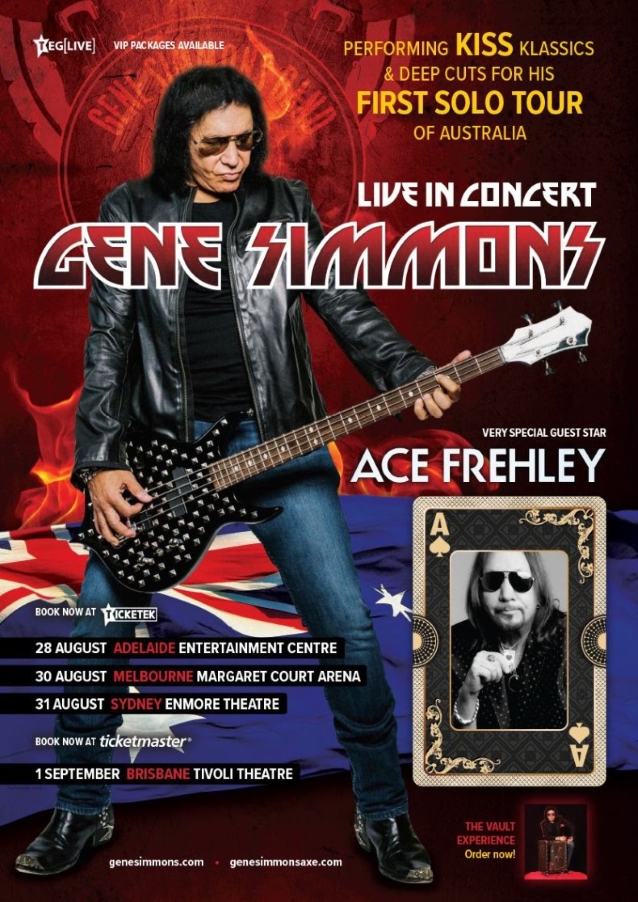