K.K. DOWNING Says SCOTT TRAVIS Was The Only Member Of JUDAS PRIEST To Contact Him Following His Departure

K.K. Downing has confirmed to the “Focus On Metal” podcast that Scott Travis was the only member of JUDAS PRIEST to contact him following his 2011 announcement that he was leaving the band. Asked if he was surprised to hear from the drummer, Downing replied (hear audio below): “No, not really. I was surprised that the other guys didn’t [get in touch]. But Scott did acknowledge [my departure] and wished me well and said some nice things, and that was good.”

The guitarist went on to say that he thought he was friends with all the other members of PRIEST before his exit from the group and singled out bassist Ian Hill as the former bandmate he is “particularly” disappointed in. “We went to infant school, junior school, secondary school… Ian was just like a brother [to me],” K.K. said. “And that’s why I was kind of shocked, really, that certain announcements were made just that far left that came from Ian. And the relationship just soured in general. I don’t know what prompted that, really; I really don’t.”

He continued: “Rob [Halford, vocals], Ian and Scott knew that I was suffering [toward the end of my tenure with PRIEST], and we all were — it really was getting to be hard work; the rigors of touring and recording and playing shows weren’t enjoyable so much for me. But people do things different ways, and I just felt that we just weren’t… I knew we were all getting older, but that’s when we have to try harder, I think, and I didn’t really see that. I felt that I was trying as much as I possibly could to do what I’ve always done before… It’s probably just one of those things — people getting older, slowing down, Glenn [Tipton, guitar] liking to drink beer before [the show] and on stage, and everything slowed down — the performance slowed down. And it wasn’t really as tight musically as it could have been. I was just getting a bit nervy, really, going out there every night.”

Downing‘s autobiography, “Heavy Duty: Days And Nights In Judas Priest”, was released on September 18 via Da Capo Press. The book was co-written by the Scottish author and journalist Mark Eglinton, whose previous collaborations include “Official Truth, 101 Proof” with Rex Brown of PANTERA and “Confessions Of A Heretic” with BEHEMOTH‘s Adam “Nergal” Darski. 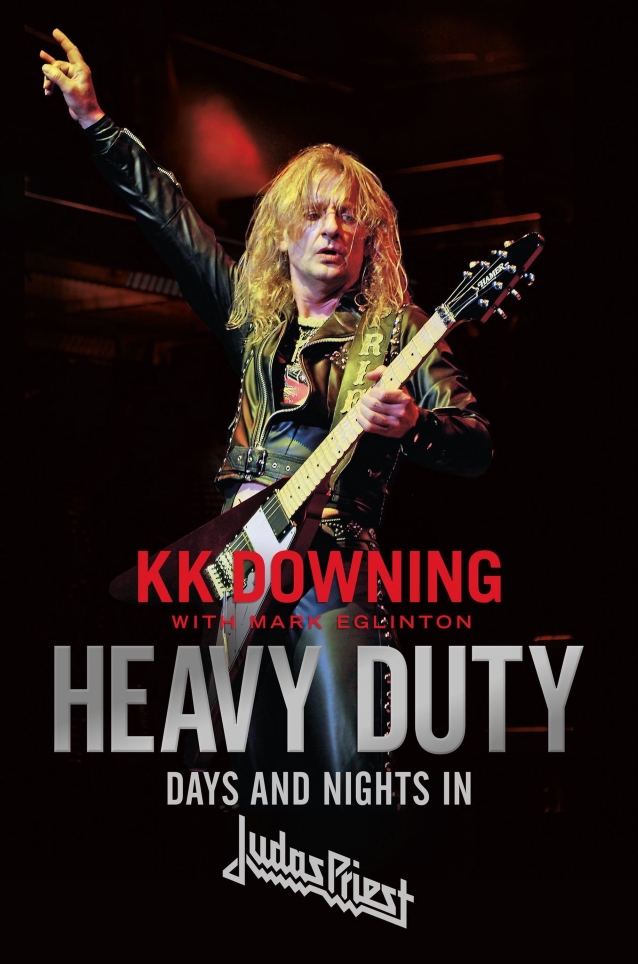 K.K. DOWNING Says SCOTT TRAVIS Was The Only Member Of JUDAS PRIEST To Contact Him Following His Departure
Tagged on: HRRL
tom lats September 20, 2018September 20, 2018 Rock News No Comments