“Anthem”, a brand new song from Michigan rockers GRETA VAN FLEET — Jake Kiszka (guitar), Sam Kiszka (bass, keyboards), Josh Kiszka (vocals) and Danny Wagner (drums) — can be streamed below. The track is taken from the band’s debut album, “Anthem Of The Peaceful Army”, which will be released on October 19 via Lava/Republic Records.

“Anthem Of The Peaceful Army” was produced by Marlon Young, Al Sutton and Herschel Boone (The Rust Brothers) and recorded earlier this year at Blackbird Studios in Nashville and Rustbelt Studios in Royal Oak, Michigan.

The first single from “Anthem Of The Peaceful Army”, “When The Curtain Falls”, arrived at rock radio on August 15 and the song’s companion music video has surpassed 3.9 million views.

Music fans were first introduced to GRETA VAN FLEET in March 2017 with the release of the band’s debut single “Highway Tune” that held the No. 1 position on U.S. rock radio chart for five consecutive weeks and on Canada’s active rock radio chart for nine straight weeks. For GRETA VAN FLEET, 2017 went on to be a wild ride of sold-out concerts in North America and Europe, glowing press, accolades from a slew of fellow artists from Elton John to Nikki Sixx to Justin Bieber, millions of YouTube video plays and Spotify streams, two No. 1 EPs, and most importantly, the genesis of an extraordinary connection with their fans.

Asked how the making of the new disc was different to the way GRETA VAN FLEET recorded its first two EPs, “Black Smoke Rising” and “From The Fires”, Jake told the DOMKcast: “It has some commonalities, but as far as [how] those two things differ, we had the ability to sit down with all the material that have written and go, ‘Okay, now we have the ability to put something together that is a complete thought.’ Whereas EPs are just kind of concepts — just short pieces — where now we have something that is one full complete thought.

“Because we’d stopped touring — we had pretty much been rigorously touring for the last maybe year and a half — we had these two weeks where all of this material started to kind of come to us,” he continued. “I’d say about 50 percent of the album was material that was spontaneously written within the actual recording process of the album. So we started tracking a bunch of things that we’ve been writing while recording, and we’d just throw it down at the end of the night and have [basic] tracks to work from.

“In the similar light to ‘Black Smoke Rising’ and ‘From The Fires’, there was a collection of material that spanned probably about three years ago and material that was written right on the spot. And as we went along, [we would go], ‘Okay, this song kind of fits here, and that leads to this,’ and that helped us navigate what we wanted to put on the album.” 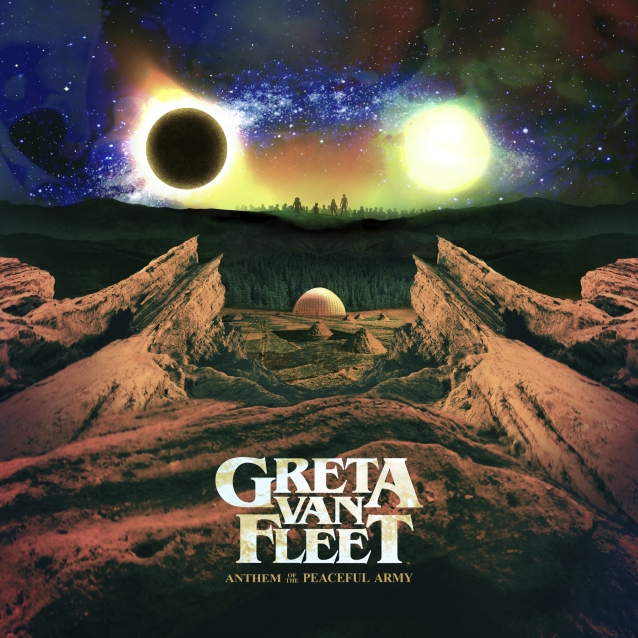