METALLICA‘s headlining performance at this weekend’s Austin City Limits Music Festival in Austin, Texas will be livestreamed tonight (Saturday, October 6) in the embedded YouTube video below. The band is scheduled to take to the stage at 8:15 p.m. CT/ 6:15 p.m. PST / 9:15 p.m. EST.

Austin City Limits Music Festival has been honored to call Zilker Park home for the past 17 years. In a continued commitment to enrich our community, a portion of proceeds from ACL Festival go directly towards improving Austin’s parks. Since 2006, ACL Festival, in partnership with the Austin Parks Foundation, has donated more than $30 million towards improvements to Zilker Park and parks across the city.

METALLICA is in the back half of its three-year, 134-city “WorldWired” tour in support of its most recent release, 2016’s “Hardwired… To Self-Destruct”.

METALLICA launched the world tour in Latin America a month before the disc’s release. In early 2017, prior to the North American stadium tour, the band made festival appearances and headlined concerts at venues in Asia, Europe and Latin America.

METALLICA kicked off the 2018/2019 U.S. leg of the “WorldWired” arena tour on September 2 at the Kohl Center in Madison, Wisconsin. 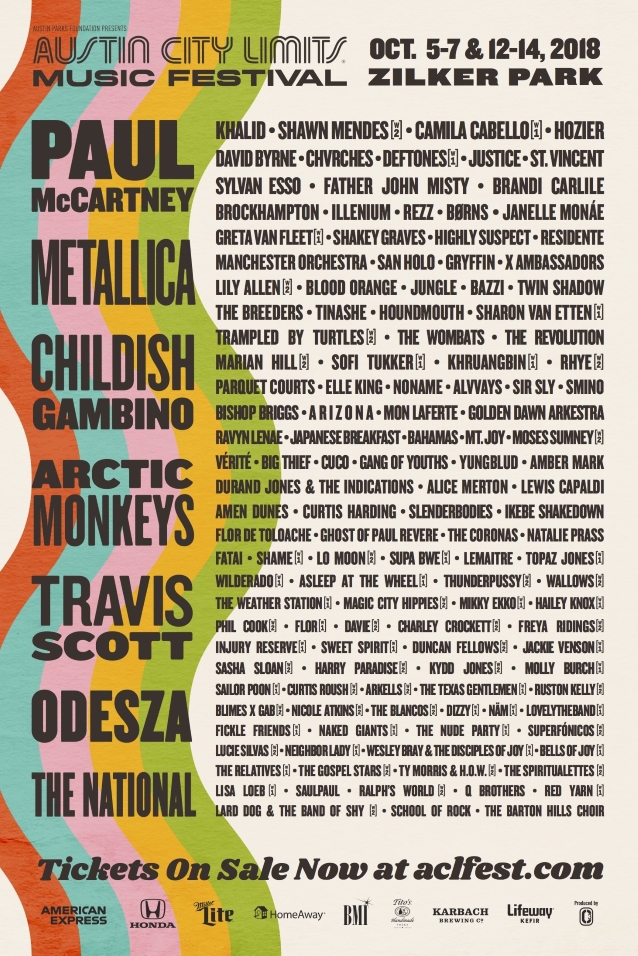