METALLICA played a rare acoustic show on November 3 at the Masonic in San Francisco. The evening, dubbed the “All Within My Hands Foundation Helping Hands Concert And Auction”, celebrated the first full year of METALLICA‘s All Within My Hands non-profit foundation, which was launched in 2017 to help creating sustainable communities by tackling the issues of hunger and workforce education and encouraging volunteerism.

In addition to acoustic versions of some of METALLICA‘s classic songs, the band performed covers of DEEP PURPLE‘s “When A Blind Man Cries”, NAZARETH‘s “Please Don’t Judas Me”, BLUE ÖYSTER CULT‘s “Veteran Of The Psychic Wars” and Bob Seger‘s “Turn The Page”.

Profesionally filmed video footage of METALLICA performing the song “Disposable Heroes” at “All Within My Hands Foundation Helping Hands Concert And Auction” can be seen below. Additional musicians in the clip are Avi Vinocur on mandolin and background vocals, David Phillips on pedal-steel, Henry Salvia on keyboards, and Cody Rhodes on percussion.

Says METALLICA: “The event raised $1.3 million which will be used to work with our partners at Feeding America and the American Association of Community Colleges as All Within My Hands continues to tackle the issues of hunger and workforce education and work to create sustainable communities.”

The setlist for METALLICA‘s performance was as follows:

Along with unplugged performances from METALLICA and CAGE THE ELEPHANT, the night offered attendees an opportunity to bid on one-of-a-kind auction items. 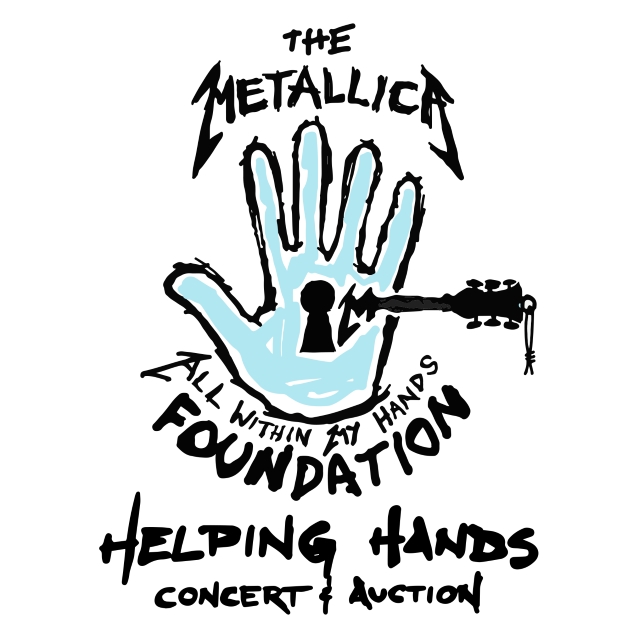