GEEZER BUTLER On Why He Decided To Join DEADLAND RITUAL: Being In A Band Is 'What I've Known Since I Started' Playing Music

Asked how band came together, Franky said: “Matt, myself and Steve have been friends with years. And we’ve been talking about doing a project. And we had an opportunity to play with Geezer at the Adopt The Arts benefit, and I remember turning to Matt and saying, ‘This is it, man. This is unreal.’ And when it came time to put the band together, it just made sense.”

Added Matt: “Slash actually called me one time and said, ‘Hey, man. I found this singer [Franky]. And would you check him out with CAMP FREDDY? And I’m gonna come down and watch.’ We were looking for a singer for VELVET REVOLVER. And then, long story short, we kind of worked on that for a while. That didn’t come to fruition. And then I remained friends with Franky. I loved his voice and I kept playing with him in different situations.

“I have a charity group for kids here in L.A. called Adopt The Arts,” he continued. “And we did a big benefit. And I called Geezer, ’cause I had just played with him with Alice Cooper and the HOLLYWOOD VAMPIRES. We did a gig here at The Roxy. Geezer got up and we played… I think we played a [Jimi] Hendrix tune, ‘Manic Depression’. And it was just great. And then I think I got his number. So then I called him and we went up for my Adopt The Arts thing and we played [BLACK SABBATH‘s] ‘War Pigs’, ’cause he knows that one. And we all know it as well, we love it, so we said, ‘Can we please play that song?’ And he obliged and said yes. And it was Steve, Franky and myself playing [with Geezer] that night, and I remember, it just felt explosive. We all looked at each other and we were, like, ‘That was really cool.’ At that point, time went on and we started talking about doing a project. And I called Geezer. And I sent him a demo that we had — another song that we haven’t put out yet that’s great — and he liked it. And that was pretty much how it started. And then we got together and started writing songs.”

Geezer said that he initially had no plans to join another band after SABBATH completed its “The End” farewell tour.

“Well, I retired after the last SABBATH show,” he said. “I just traveled and did everything that I wanted to do when I was retired for a year. And then I got fed up watching the TV every day. And I started writing stuff again, ’cause that’s what you do. I’ve been doing it for 50 years, so it’s in your blood. You can’t just stop, especially when it’s your hobby as well. And I just got back into writing stuff. I was planning on doing another solo album, a GZR thing. And I got a few songs together for that. And then Matt got in touch with me about DEADLAND RITUAL.”

Asked what appealed to him about being in a band again, Geezer said: “It’s what I’ve known since I started when I was 16; I was in a band. When you’re doing solo stuff, it’s just you writing stuff. There’s nobody to bounce off, and I really missed that. It’s good to have people saying, ‘That’s good. That’ll work.’ Or, ‘That’s not so good.’ And I missed having that. The guitarist that I worked with in GZR, he’s just moved to the East Coast and he’s got other things on his plate at the moment. With DEADLAND RITUAL, everybody’s local, so it’s easy to get together. And you don’t have to plan months in advance to do an album or write songs. If I feel like writing a song today, I call up Steve, go around to Steve‘s house, and we try something.”

DEADLAND RITUAL recently released its first song, “Down In Flames”. The track, which was produced by Greg Fidelman (METALLICA, SLIPKNOT), was made available via Sonik Riot Records/AWAL powered by Kobalt.

According to Matt, DEADLAND RITUAL now has “a whole bunch of songs we’re stacking up. And we’re working towards a record down the line a little bit. We’ve got about three [tracks] in the can right now,” he said. “We’ve been working with Greg Fidelman, who just did miraculous things for METALLICA on their new record. And I told Lars [Ulrich, METALLICA drummer] it’s one of my favorite records they’ve done in years. And he comes from the Rick Rubin camp. And he did the last SABBATH record as well — he engineered that record — and the new SLIPKNOT stuff. So he was a perfect fit. He was amazing to work with. So we loved that process. And I think the tracks sound awesome.”

DEADLAND RITUAL will make two European summer festival appearances in June — Download in the U.K on June 14 and Hellfest in France on June 22.

DEADLAND RITUAL promises the live shows will be something special, mixing original material with deeper cuts from the bandmembers’ collective past. “Not the typical songs you would expect,” according to Sorum. 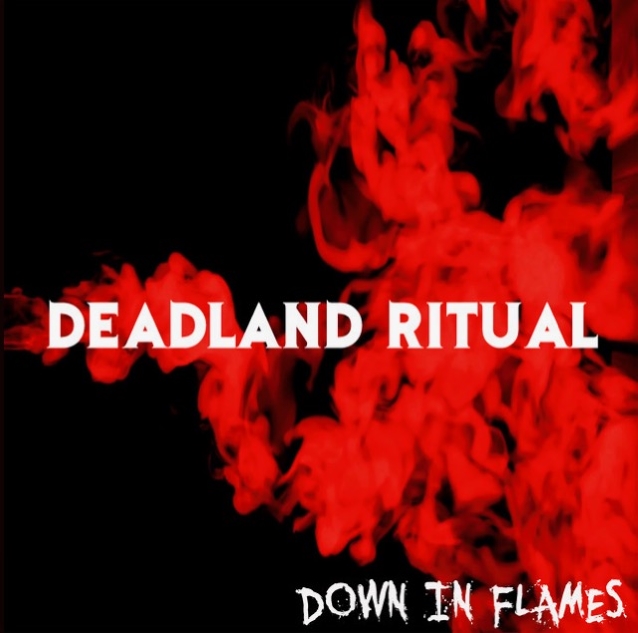 GEEZER BUTLER On Why He Decided To Join DEADLAND RITUAL: Being In A Band Is 'What I've Known Since I Started' Playing Music
Tagged on: HRRL
tom lats January 21, 2019January 21, 2019 Rock News No Comments