A special concert celebrating the life and music of legendary rock drummer Cozy Powell was held on December 29, 2018 at Robin 2 in Bilston, West Midlands, England. All profits from the event — which took place on what would have been Powell‘s 71st birthday — are being donated to Cozy‘s favorite charity, World Animal Protection.

Cozy‘s original drum kit was used throughout the night.

Powell died on April 5, 1998 following a car crash, driving his Saab 9000 in bad weather on the M4 motorway near Bristol, while talking to his girlfriend on his mobile phone. He was living at Lambourn in Berkshire at the time and had returned to the studio shortly before his death to record with FLEETWOOD MAC co-founder Peter Green. By that time, he had been the drummer on at least 66 albums with minor contributions on many other recordings. It was generally felt that Powell‘s death was a great loss to the world of popular music. Countless rock-based drummers have cited Cozy Powell as an influence. 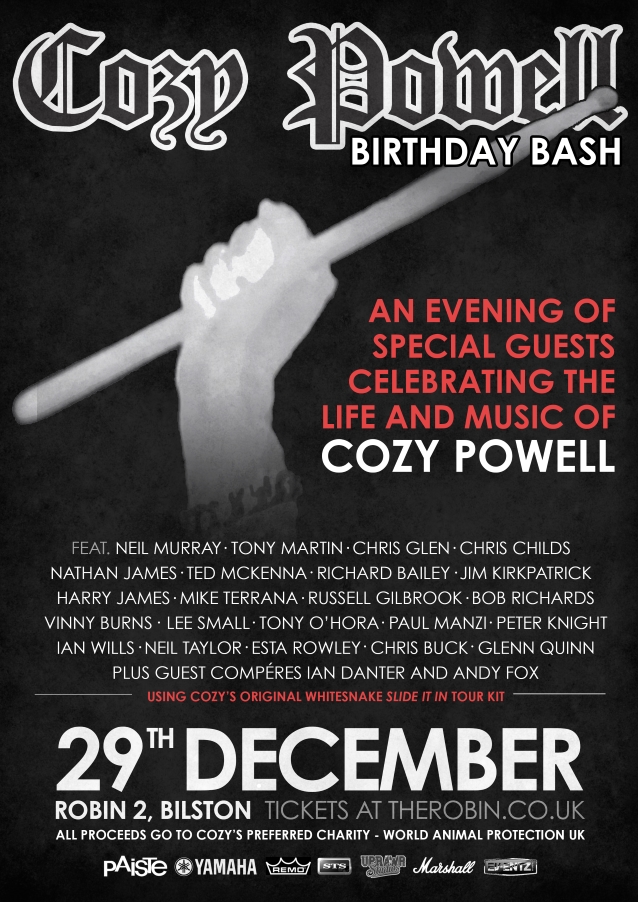