Corey Gorechrist of the “Fantasm” podcast recently conducted an interview with frontman Bobby “Blitz” Ellsworth of New Jersey thrash metal veterans OVERKILL about the band’s forthcoming studio album, “The Wings Of War”. You can listen to the entire chat below. A few excerpts follow (transcribed by BLABBERMOUTH.NET).

On the fact that “The Wings Of War” is OVERKILL‘s 19th studio album:

Bobby: “I never knew I’d be able to count that high, but I think it was never a long-sided plan. The plans were all cut into 19 pieces at this point and what I mean by that, is that if you suppose you make the best of opportunity number 18 and 19 will show itself.”

On how new drummer Jason Bittner (ex-SHADOWS FALL, FLOTSAM AND JETSAM) impacted “The Wings Of War”:

Bobby: “I like the fact that Jason changed the chemistry. We embraced it. We became part of it. I found Dave [Linsk, guitar] being more melodic. I found myself being more melodic. I found the songs taking on this ‘old is new again’ vibe. If you put all that together, it becomes one entity. I really noticed the change between the last record and this one: ‘Wow, it seems like the template we’ve been using for the last four or five records has finally broken.'”

Bobby: “That, to me, was a no-brainer for the first single. I think it shows that, again, the change that brought Jason. I think we wanted to show all is well in our home. This is Thrash 101. It was another shot between the eyes. It’s an opener by trade. What I mean by that, we knew that was the opener as soon as it was written. I’ve always loved the way OVERKILL doesn’t knock politely on the door, but kicks it in with both booms and says ‘We’re here. Where’s the keg?’ [Laughs]”

On second single “Head Of A Pin”:

Bobby: “I love the diversity in this. It almost lends itself to an old BLACK SABBATH feel. Then, it goes into this whole personality of brutality. It’s not that old thing, but it almost sounds like surgical precision with regard to the beat and how that old-school type of riff fits over it. Lyrically, I always find from album-to-album, it’s a great opportunity to write lyrics. I dispose of things that are driving me fucking crazy in my life. Once I get them out on the paper and can physically read it, sing it, I finally confessed it and have it eliminated as a problem. Obviously, I do it from a very abstract point of view to not make it boring. But, the point is that is what this song meant to me. Like, ‘Oh, I get it now.’ Hopefully somebody else there will get it too.”

“The Wings Of War” will be released February 22 via Nuclear Blast. The album was recorded at Gear Recording Studio in New Jersey, SKH Studio in Florida and Jrod Productions with engineering handled by D.D. Verni and Linsk. The album was produced by the band while Chris “Zeuss” Harris took care of the mixing and mastering. Travis Smith (NEVERMORE, OPETH, SOILWORK, DEATH) was again enlisted to create the artwork for the album. 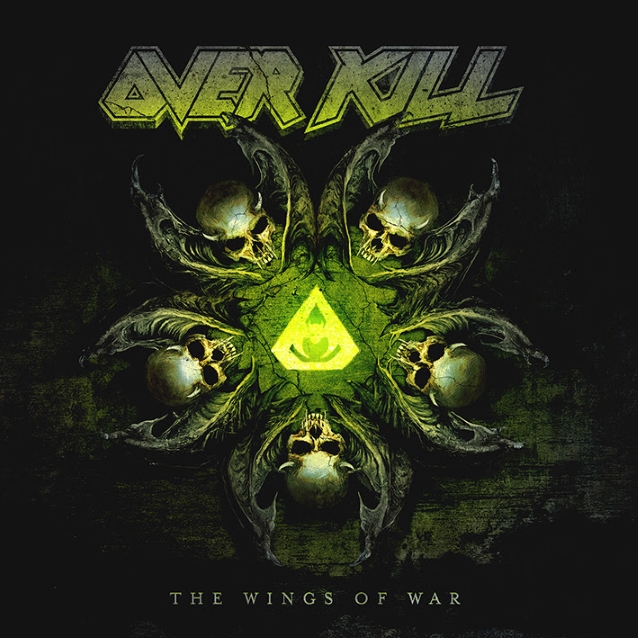