Canadian thrash metal pioneers EXCITER headlined the Hell’s Heroes festival on April 13 in Houston, Texas. Video footage of the band’s performance can be seen below.

EXCITER bassist Allan Johnson told The Metal Voice that Ricci‘s exit from the band was “still somewhat of a mystery… He didn’t give a solid reason why,” he said. “I don’t know what he meant by ‘fed up,’ but he said he was fed up. I confirmed with him. I said, ‘Are you sure about this?’ And he said, ‘Yeah, I’m definitely out.'”

Ricci, Beehler and Johnson reunited as EXCITER in 2014 and had been playing sporadic shows ever since.

HOUSTON! You are total maniacs – thank you for packing the house and pounding your fists with us!

NEXT UP: Two very special Canadian shows! May 17 in TORONTO with our friends Sacred Reich & IRON REAGAN and May 26 in VANCOUVER with our Canadian brothers in Voivod. We head off to Scandinavia after these so come party with us on home soil for a proper sendoff! 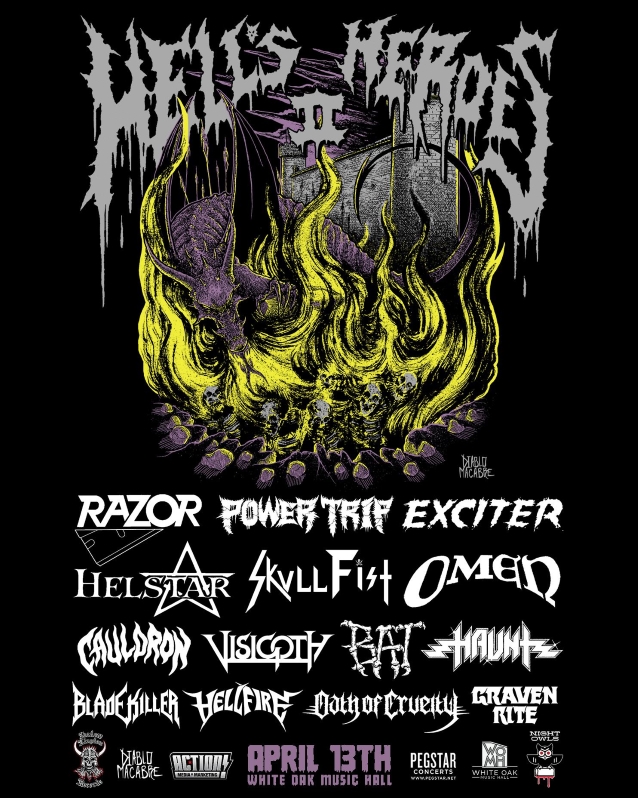