Robb Flynn spoke to Metal Hammer magazine about MACHINE HEAD‘s new song “Do Or Die”, the first piece of music recorded after the band’s split with drummer Dave McClain and guitarist Phil Demmel.

“I wrote the music for ‘Do Or Die’ back in August, before everything happened,” the guitarist/vocalist recalled. “Two days after that announcement on Facebook Live, I was back in the studio and working on ideas and lyrics. I guess I was really just pissed off that day. After all the haters and all the negativity, all the bullshit. It’s vicious!

“I know a lot of our popular songs are very metaphorical, like ‘Now We Die’ and ‘Halo’, and I love that. I love writing a violent poetry, if you will. But other times I just gotta get shit off my chest. Like Jamey Jasta always says, ‘It’s ignorant-ass Oakland metal!’ [Laughs]”

Flynn went on to say that “there were definitely emotional moments” on MACHINE HEAD‘s final tour with Demmel and McClain, which concluded in November. “I tried to keep it classy,” he said. “Every night on that tour, I got people to chant the guys’ names in recognition of their contributions, and that’s the way it should be.”

Robb also talked about the tsunami of negativity he faced following the release of last year’s “Catharsis” album, which Demmel has gone on record as saying that he “hated.”

“I was America’s punching bag for nine months, from when the first song off ‘Catharsis’ dropped,” he recalled. “I couldn’t put up a single fucking post without hundreds of trolls raging at me. Being the leader of the band can be lonely. When things aren’t necessarily received well, it’s even lonelier.”

Flynn downplayed the perception that “Catharsis” was a divisive album, saying: “I’m proud as fuck of that record. I knew it was going to piss people off. Somehow it’s become the mythology of ‘Catharsis’ [that] it was a very divisive record. Every fucking article I read! Yeah, it was divisive to white supremacist and racist pieces of shit! It was divisive to the fucking alt-right. But our fans loved it — people love that fucking record. A bunch of asshole trolls got their fucking panties in a bunch about it. Fuck ’em!”

Robb has yet to announce permanent replacements for Demmel and McClain, telling Metal Hammer: “Look, I love being in a band. I love having input from people and I love creating with people. I feel like one of my strengths is taking a bunch of good ideas and turning them into one great idea. When it comes to future new members… I don’t know, man… I just got a divorce. I’m not ready to get married again. [Laughs] I’m auditioning new guys. I’m jammin’ with my old guys. I’m writing new music. I’m recording new songs. I’m working on new stuff. I’m staying busy, staying focused, staying positive, and that’s all I can do. Enjoy the fucking moment.” 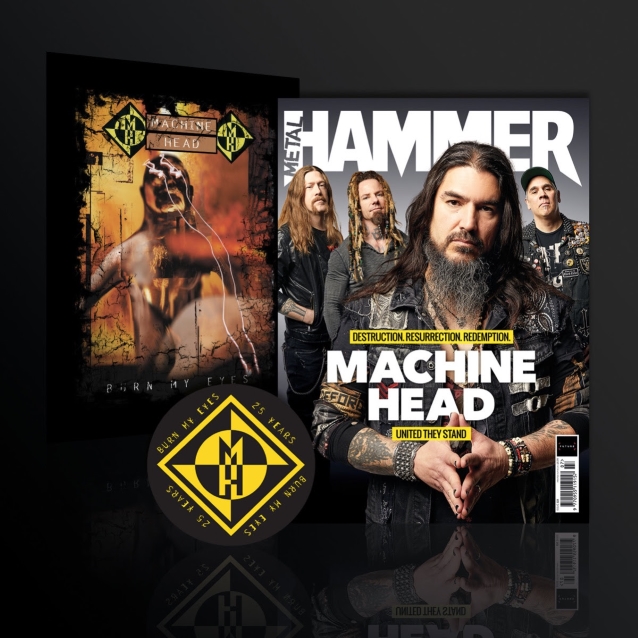