On September 23, “Dreams In The Witch House: Penitentiary” was released and offered as a free download through October 31, Halloween. The track’s musicians include former KISS guitarist Bruce Kulick, guitarist Douglas Blair, cello sensation Tina Guo, MOTHER’S FINEST bassist Wyzard and EASY ACTION drummer Björn Höglund. Joining them on vocals are horror icons Courtney Gains (“Children Of The Corn”, “The Burbs”, “Tales From The Crypt”) and John Franklin (“Children Of The Corn”, “The Adams Family”, “Childsplay”).

Produced by Chris Laney of Danish metal band PRETTY MAIDS and executive producer Mike Dalager, the track commemorates the 35th anniversary of the release of Stephen King‘s “Children Of The Corn” and Bruce Kulick‘s first recording with KISS on “Animalize”, where he played the ghost solo for Track 5, “Lonely Is The Hunter”.

“Penitentiary” is a beefed up, cinematic version of the title track from 2013’s “Dreams In The Witch House: A Lovecraftian Rock Opera”, an adaptation of HP Lovecraft‘s classic horror tale from 1932. The track also marks Kulick and Blair‘s seventh collaboration with the rock opera. In a previous interview Kulick noted, “When [Chris] approached me, along with Mike, about being involved I said, ‘I’m in!’ even though I don’t know much about HP Lovecraft. But I know Chris understood what I’d be able to lend to the project.”

Hollywood actors John Franklin and Courtney Gains, renowned for their iconic roles as child cult leader Isaac and henchman Malachai aren’t known for their singing abilities. Executive producer Mike Dalager states: “They will blow you away with their vocal chops! John got his start in musical theater in Chicago and Courtney‘s an accomplished songwriter and singer who headlines his cruise grunge band RIPPLE STREET.” John Franklin states, “My teenage dream of being a rock star is suddenly resurrected. And don’t get me started on how friggin’ amazing Mr. Gains is!” 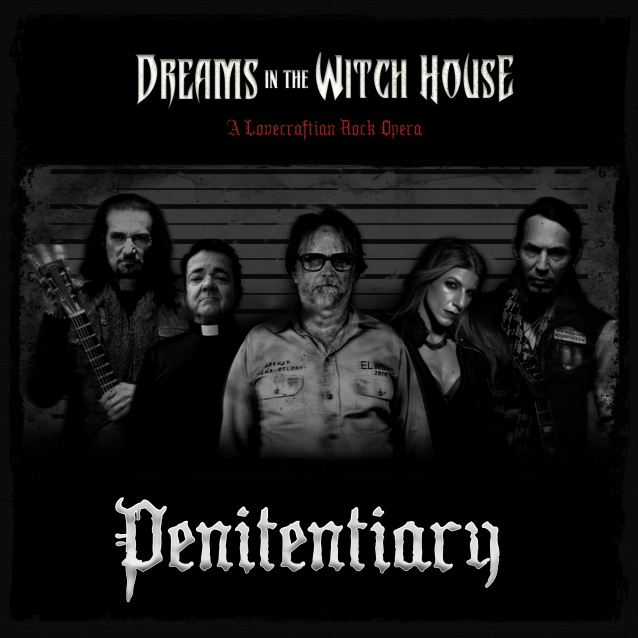