SLEEPING WITH SIRENS: 'How It Feels To Be Lost' Music Video

“How It Feels To Be Lost”, the new music video from SLEEPING WITH SIRENS, can be seen below. The track is taken from the band’s fifth full-length album, “How It Feels To Be Lost”, which is being released today (Friday, September 6) via Sumerian Records. The follow-up to 2017’s “Gossip” was recorded at MDDN Studios in Los Angeles and produced by Zakk Cervini (YUNGBLUD, GOOD CHARLOTTE) and Matt Good (ASKING ALEXANDRIA).

SLEEPING WITH SIRENS singer Kellin Quinn told Alternative Press last year that the band’s new LP was “all about depression and anxiety. It’s something that I think needs to be talked about, and it’s something that I struggle with and deal with all the time,” he said. “I wanted to make a record that was just purely honest about it, and I think that it’s for those people that need that record.”

Since emerging in 2010, SLEEPING WITH SIRENS has tested the boundaries of rock by walking a tightrope between pop, punk, metal, hardcore, electronic, acoustic, and even a little R&B. This high-wire balancing act attracted a faithful fan base known as “Strays,” generated global album sales in excess of 1.5 million, ignited over half-a-billion streams, and achieved a trio of gold-selling singles: “If I’m James Dean, You’re Audrey Hepburn”, “If You Can’t Hang” and “Scene Two-Roger Rabbit”. They launched two albums — “Feel” and “Madness” — into the Top 15 of the Billboard 200. Additionally, they collaborated with MGK on “Alone” and PIERCE THE VEIL on the gold-certified “King For A Day”. Beyond selling out shows worldwide and receiving acclaim from The New York Times, Alternative Press crowned them “Artist Of The Year” at the Alternative Press Music Awards, proclaimed “Kick Me” the 2015 “Song Of The Year”, and featured them as cover stars a whopping seven times.

“How It Feels To Be Lost” track listing: 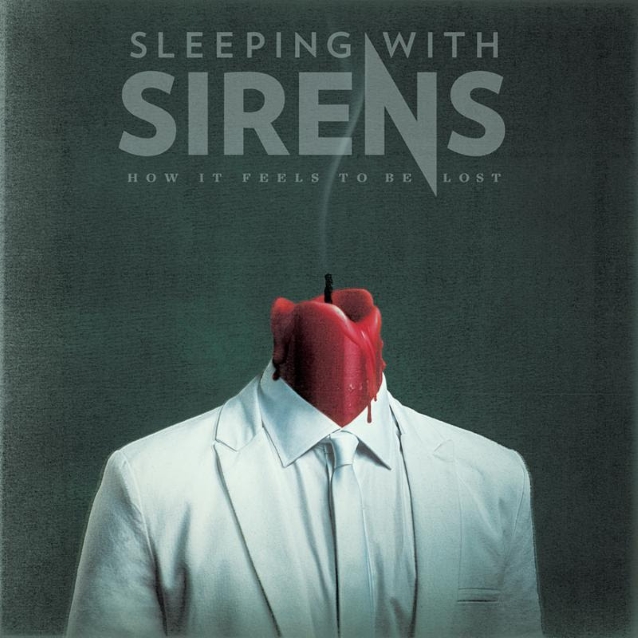 SLEEPING WITH SIRENS: 'How It Feels To Be Lost' Music Video
Tagged on: HRRL
tom lats September 5, 2019September 6, 2019 Rock News No Comments