Official video footage of KISS‘s December 8 concert at Xebio Arena in Sendai, Japan can be seen below.

Last month, KISS announced the last legs of its final tour, “End Of The Road”. The initial tour announcement was met with huge fan demand for added shows, but “End Of Road” will officially come to a close on July 21, 2021 at a New York location yet to be named. Produced by Live Nation, the tour will continue to wow audiences in 2020.

KISS‘s current lineup consists of original members Paul Stanley and Gene Simmons, alongside later band additions, guitarist Tommy Thayer (since 2002) and drummer Eric Singer (on and off since 1991).

This past summer, Stanley told The Sydney Morning Herald that “End Of The Road” was KISS‘s “victory lap. It’s us celebrating everything we created with our audience and with our fans,” he explained. “It’s that time for people who’ve been with us over the years to come and celebrate all that we’ve had together. There’s people who’ve never seen us before and they’re leaving the show and thinking, ‘Why didn’t I come to this earlier?’ It’s terrific.”

Asked why he thinks KISS has endured this long, while other bands have fallen by the wayside, Stanley said: “People who experience KISS really are affected by it in a way that goes beyond it being a rock band. It’s fascinating and amazing to be at these shows nightly and see parents and grandparents who want their offspring to experience what they experienced. It’s far beyond typical rock bands, where you hate the idea of your little brother being there, or your neighbor. KISS is an amazing tribe and it’s incredibly gratifying.” 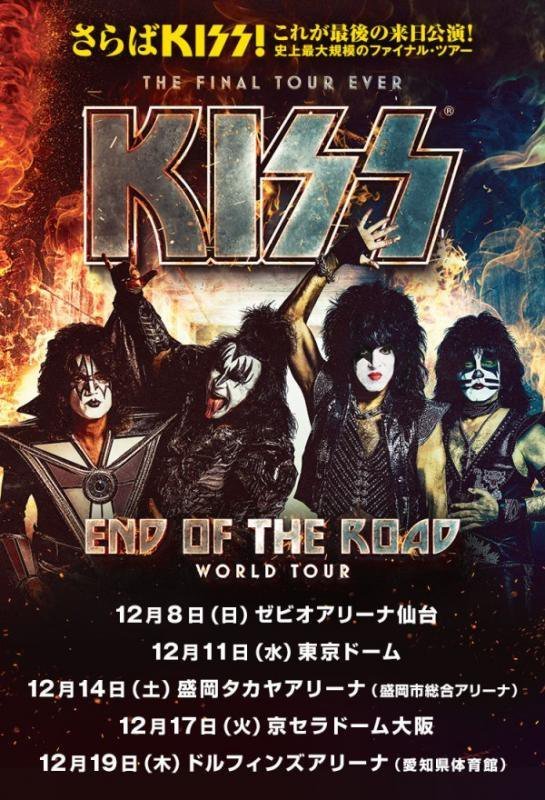