DELAIN Releases Music Video For 'Ghost House Heart' Song
{$inline_image}
While fans eagerly await DELAIN‘s sixth full-length studio album, “Apocalypse & Chill”, scheduled for release on February 7, 2020, the band has generously offered a fourth single, “Ghost House Heart”. The track showcases the delightful diversity of DELAIN‘s upcoming album — an offering that truly takes you on an amazing journey. In contrast to the bombast of “Masters Of Destiny”, the epic highs of “Burning Bridges” and the cool modern vibes of “One Second”, DELAIN takes it back to raw essence with the hauntingly beautiful “Ghost House Heart”, the first ballad to be released by DELAIN since “See Me In Shadows” from their debut album released in 2007.

Vocalist Charlotte Wessels on “Ghost House Heart”: “Going back to such an intimate song after the bombast of ‘Masters Of Destiny’ and ‘Burning Bridges’ feels a bit like switching gears, but I enjoy every minute of it. Singing this song is almost meditative, and I love the way voice, piano and violin weave together in the track. I hope our fans will love this change of pace as well, and I can’t wait to perform this song live on stage during our upcoming U.K. tour and our Valentine’s Day release show in Utrecht.”

Keyboardist Martijn Westerholt on the creation of the new song: “This song was created while spontaneously playing and singing together with Charlotte. It seemed to create itself. It’s also a nice change of pace in relation to the other songs we have written for the new album. As a pianist, of course it is fun to play a piano song for a change. We worked with violinist Shir-Ran Yinon and I think the way the violin intertwines with the vocal lines is mesmerizing. The video was a lot fun to make and it was a beautiful set with a lot of history.”

DELAIN‘s latest release was “Hunter’s Moon”, which came out in February 2019 via Napalm Records. The effort consisted of new studio tracks accompanied by a live Blu-ray from the group’s sold-out “Danse Macabre” 2017 European tour.

Guitarist Merel Bechtold left DELAIN in June 2019 to focus on different musical ambitions. Her final performance with DELAIN took place on June 23, 2019 at the Graspop Metal Meeting in Dessel, Belgium. 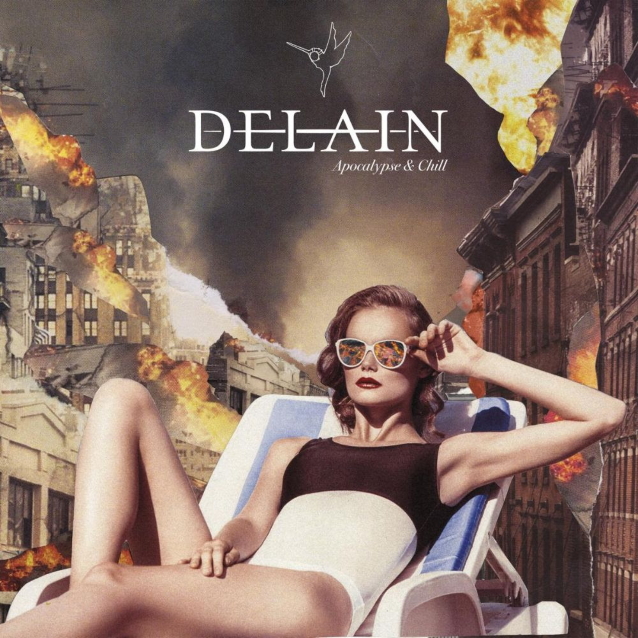