AUGUST BURNS RED has just shared another new song “Bones”. Check it out below.

“‘Guardians’ is the culmination of a complete and total team effort,” says Brubaker. “Dustin and I collaborated musically more than we ever have before. Jake and Brent collaborated vocally more than they ever have before. Matt bounced more drum ideas off of us than we could even comprehend. It was the most time we’ve ever spent in the studio on one album. We’re all so proud of this record, and we can’t wait to share it with the world.”

Earlier this month, AUGUST BURNS RED dropped the official music video for the disc’s first single, “Defender”. Rambler said about the track: “The song ‘Defender’ is about having that person who can come in and take some punches for you, and be in your corner during hard times. I am quite the comic book fan and I thought the lyrics could easily turn into an awesome animated short story — kind of like if the pages of a comic were to come to life. Luckily, everyone else agreed and we have this sick video to go along with the song.”

AUGUST BURNS RED will embark on a tour with KILLSWITCH ENGAGE and LIGHT THE TORCH this spring in support of “Guardians”. 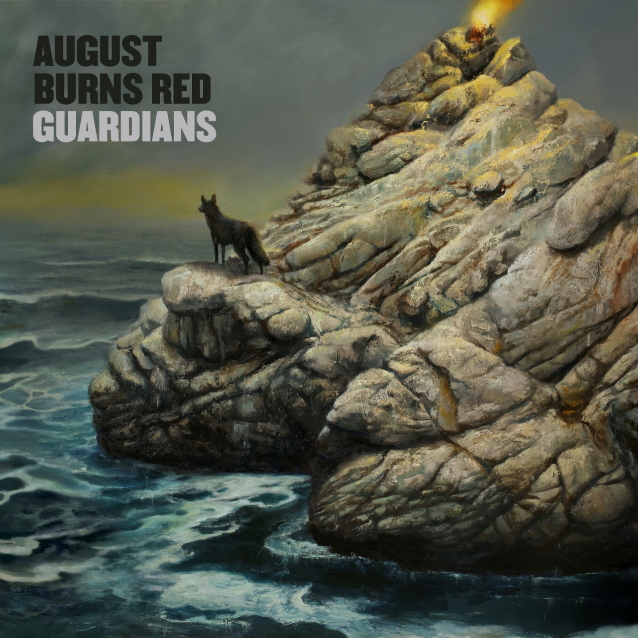