Bass legend Billy Sheehan has confirmed that there are plans for VAN HALEN singer David Lee Roth and the band for his debut solo album, “Eat ‘Em And Smile”, to reunite following the cancelation of their November 25 reunion attempt at the Lucky Strike Live in Hollywood.

Roth‘s “Eat ‘Em And Smile” reunion at the Lucky Strike Live was called off at the last minute by the fire marshal. The show would have marked the first time in 30 years that Roth joined guitar hero Steve Vai, Sheehan, drummer Greg Bissonette (RINGO STARR & HIS ALL-STARR BAND), and keyboardist Brett Tuggle to perform some of the hits from the classic LP. Also scheduled to join the band on stage was STEEL PANTHER vocalist Ralph Saenz (a.k.a. Michael Starr).

Speaking to “That Metal Show” co-host Eddie Trunk, Sheehan stated about the Lucky Strike Live near-performance: “I had my bass out and was ready to go. And the fire marshal showed up and said, ‘We’re shutting it down.’ And there was a line… Already the place was overcrowded. It holds about five hundred people, five [hundred and] seventy legally. Sometimes they get six or seven [hundred] in there; they push it. There was about… They told me two thousand. I don’t know if there was two thousand in there or not, but it was just crazy. And it was dangerous, so I don’t think it was the wrong thing for the fire marshal to shut it down. They came in with the fire helmets, carrying gear, yelling at people to get out…”

Sheehan, Vai and Bissonette only found out “five to seven days” before the Lucky Strike Live date that Roth had agreed to join them on stage for what was supposed to be two songs: “Yankee Rose” and “Shyboy”. “We hadn’t heard back from [Dave] yet, so we had Ralph in there [ready to go], in case we we didn’t hear,” Billy said. “‘Cause we didn’t know if he would wanna do it at all; we hadn’t talked about it for a long time. So sure enough, finally out of nowhere, Dave says, ‘Yeah, I’ll do it. I’m in.’ [We went], ‘Great!’ So we thought, ‘Should we tell Ralph now? Because we don’t wanna stiff him.’ So we thought, ‘We hope he’ll understand.’ We waited for the night before and then explained to Chuck [Wright, QUIET RIOT bassist and founder of the Ultimate Jam Night free weekly show at Lucky Strike Live] what was going on. Nobody knew; nobody from the club knew Dave [was gonna show up at the venue].”

Billy continued: “So then all panic ensued. And I had to speak to somebody about it, ’cause we had to figure where to put Dave in the meantime, to surprise [the crowd by getting] him on stage. So we had to eventually talk with the people there, and then things started to slip out a little bit. But we wanted to do it in true Lucky Strike fashion — we just walk up on stage and play. No rehearsal, no soundcheck, no nothing. Just go up, plug in and go.”

Regarding the possibility of Roth and the “Eat ‘Em And Smile” band playing some concerts next year to celebrate the 30th anniversary of the album’s release, Sheehan said: “We hope to do it. We don’t know if it will be just for one show. Maybe do… who knows? Rock In Rio, or do ten shows somewhere. And hoping to do it is not the same as planning to do it. We really hope it happens. And Dave was into it. And he was great [at Lucky Strike Live]. We had a great time [hanging out together]. It was just like the old days.”

He continued: “It’s been thirty years this last summer that we started the band, and next summer will be thirty years since the record came out, so we thought it would be nice to do something. And [Dave] seems into it. So I hope it can happen. It would just be a great way to complete that whole circle.”

Video footage of a disappointed Roth leaving the venue after the Lucky Strike Live cancelation can be seen below (courtesy of California Rock News). The singer could be heard telling the bystanders: “I apologize about this evening. It looks like we were too popular.” He added that he and his “Eat ‘Em And Smile” bandmates would try to find another venue to stage the reunion. “Should we go to the Hollywood Palladium, maybe?” he could be heard asking the fans.

Vai explained to the Examiner.com that he didn’t expect the “Eat ‘Em And Smile” band to come together when they first hooked up over thirty years ago. He said: “Dave got the best musicians he could, who he thought was the best. And I thought it was a hell of a band… It was one of my favorite times in my whole musical career, because we were rock stars, you know? And touring with somebody like Dave, you can’t even imagine what it was like. It was just glorious, man. And I knew it was fleeting, and I knew it was something that I wasn’t going to be doing my whole life, because my brand of music in my own head is very different.”

“Eat ‘Em And Smile” was the first of two Roth albums to feature the duo of Vai and Sheehan on guitar and bass. Throughout the LP, the two would often sync complicated bass lines together with the lead guitar parts, as on tracks such as “Shyboy” and “Elephant Gun”. 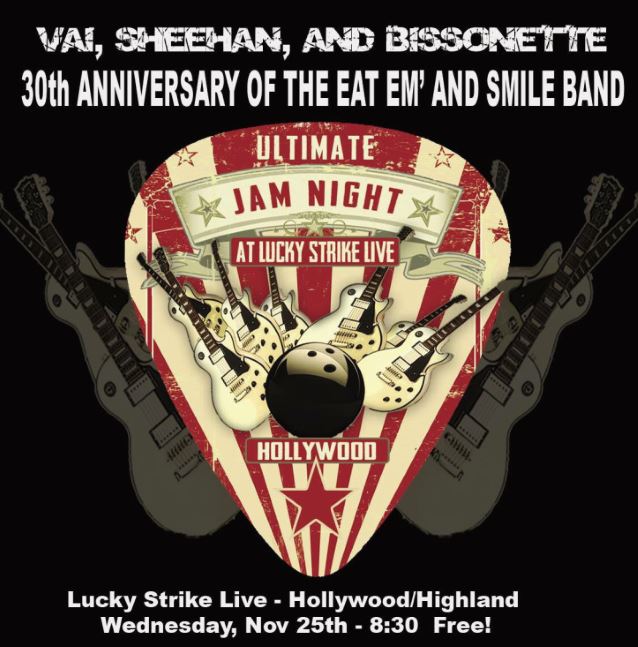 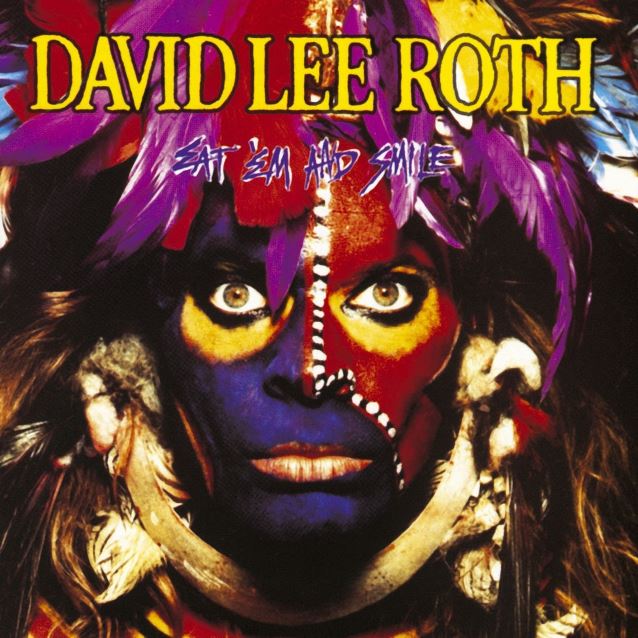