According to StarTribune.com, detectives said a small quantity of cocaine was discovered in the bedroom of the tour bus where Scott Weiland was found dead Thursday night (December 3) in Bloomington, Minnesota. Another small amount of the same substance was found in an area of the bus occupied by Tommy Black, the 47-year-old guitarist in Weiland‘s band THE WILDABOUTS, who was subsequently placed under arrest for Probable Cause Felony 5th Degree Possession of a Controlled Substance.

No manner of death has been released yet, but Bloomington police and the Hennepin County Sheriff’s Office are investigating.

Weiland‘s wife told TMZ.com that her husband was drug free for years, although she admitted he had been drinking socially.

Jamie Weiland, who met Scott in 2011 on the set of his music video for “I’ll Be Home For Christmas”, one of the singles from his “The Most Wonderful Time Of The Year” solo album, insisted that the drugs that were found on the bus were not Scott‘s. She told the site that there was a pact among the members of Scott‘s band, THE WILDABOUTS, not to do drugs. Jamie told TMZ.com: “He [Scott] was the best he has ever been.”

Weiland had a history of drug abuse. He was arrested in 1995 for attempting to buy crack cocaine before being arrested again two years later for heroin possession. In 1999, the singer was ordered to spend a year in a county-jail recovery center due to a probation violation. He also entered rehab following a DUI arrest in November 2007.

STP fired Weiland in February 2013 after reuniting with him in 2010 for a series of tours and one self-titled album. The band had previously been on hiatus since 2002, primarily due to the singer’s struggles with drugs and alcohol. STONE TEMPLE PILOTS then recruited a new frontman, Chester Bennington of LINKIN PARK, and released one critically acclaimed EP, “High Rise”.

Speaking to a Canadian reporter last year, Weiland denied that his “demons” were still a factor as he continued to tour with THE WILDABOUTS. “Past demons are past demons; that’s stuff that I dealt with 14 years ago,” he said. “I mean, I guess Keith Richards [of THE ROLLING STONES] gets asked about [his past drug use], so why shouldn’t I? But it’s not something that I think about, ever. Those days of my dope abuse, and use, are long since by me.”

Weiland‘s passing is the second death for THE WILDABOUTS. Back in March, THE WILDABOUTS guitarist Jeremy Brown died as a result of intoxication from multiple drugs. Brown‘s death was ruled accidental. 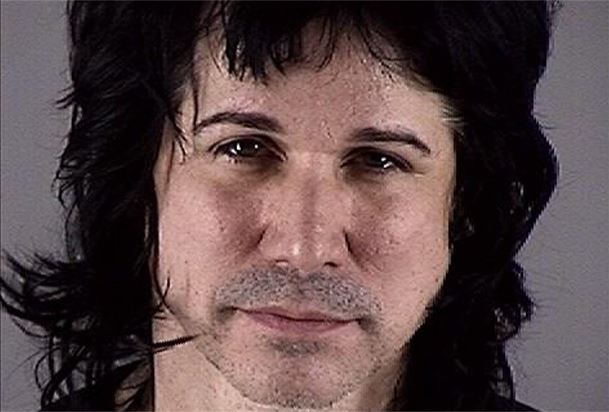