Food & Beverage Magazine has officially named the industry standard call-out drink of Jack & Coke to “The Lemmy” in honor of MOTÖRHEAD legend Ian “Lemmy” Kilmister‘s favorite drink which he made famous on the Sunset Strip at the Rainbow Bar And Grill.

“We are honored to represent the industry and bring the moniker The Lemmy to every bar in the world!” exclaims Food and Beverage Magazine publisher Michael Politz. “Owning a rock club with ANTHRAX‘s Scott Ian and ALICE IN CHAINS‘ Jerry Cantrell gave me the chance to meet Lemmy and experience his legend myself.”

Lemmy, who just celebrated his 70th birthday on Christmas Eve (December 24), learned two days later that he was afflicted with an aggressive form of cancer. He died on December 28 in Los Angeles.

MOTÖRHEAD was revered by both metal and punk fans, and Lemmy was considered an icon for his musical talent and his embodiment of the rock and roll lifestyle. 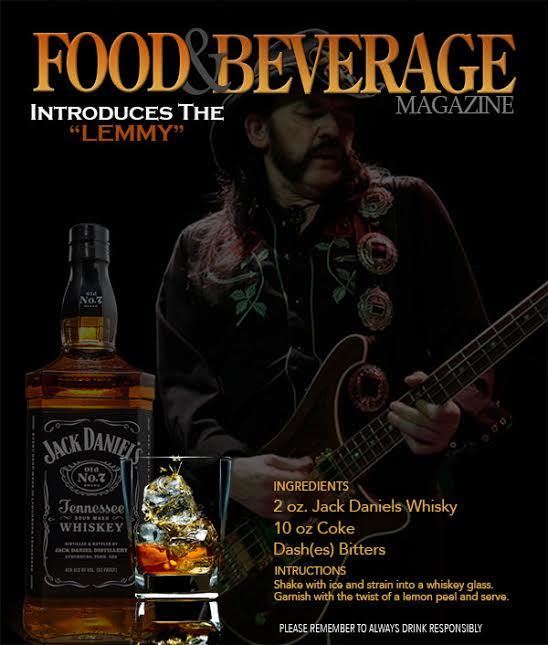