Memorial services for iconic MOTÖRHEAD frontman Ian “Lemmy” Kilmister have been scheduled for Saturday, January 9 from 2 p.m. to 2 a.m. at the Rainbow Bar And Grill in West Hollywood, California.

Due to the overwhelming and supportive response to Lemmy‘s memorial, the Rainbow has announced that it will now use the entire Sunset Strip to compensate for overflow. The Rainbow will close from 5:00 p.m. until 9:00 p.m. for a private service. However, The Roxy Theatre and Whisky A Go Go will remain open to accommodate those looking to show their respects during this time.

MOTÖRHEADwas revered by both metal and punk fans, and Lemmy was considered an icon for his musical talent and his embodiment of the rock n’ roll lifestyle.

The Rainbow Bar And Grill on L.A.’s Sunset Strip was known as Lemmy‘s hangout, making it an obvious place for friends and family to say goodbye to the legend.

To the surprise of no one, MOTÖRHEAD will not continue without Lemmy. Drummer Mikkey Dee confirmed the decision in an interview with the Swedish paper Expressen, saying, “MOTÖRHEAD is over, of course. Lemmy was MOTÖRHEAD. But the band will live on in the memories of many.”

Dee, who’d been in the band since 1992, said that the band’s last tour was very difficult for Lemmy. Dee said, “He was terribly gaunt. He spent all his energy on stage and afterwards he was very, very tired. It’s incredible that he could even play, that he could finish the Europe tour. It was only 20 days ago. Unbelievable.”

With their raw, uncompromising sound, MOTÖRHEAD never became a major commercial success, but Lemmy and his cohorts remained a popular live attraction for the next several decades while winning a Grammy in 2005 and recording a total of 22 studio albums. The most edition of the band, featuring guitarist Phil Campbell and Dee, spent 22 years together, releasing its now-final album, “Bad Magic”, this year. 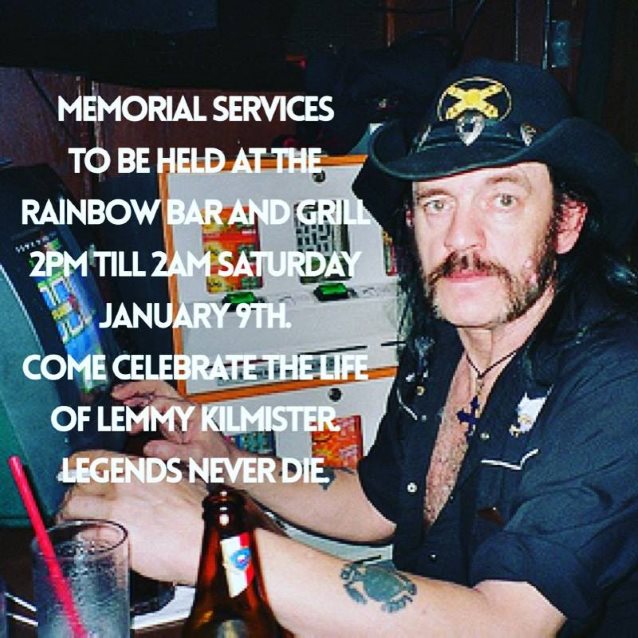