GUNS N’ ROSES keyboardist Dizzy Reed joined the GN’R tribute band APPETITE FOR DESTRUCTION on stage on January 8 at Revolution in Amityville, New York to perform the GUNS classic “Civil War”. Video footage of his appearance can be seen below. (Note: The year of the performance is erroneously listed in the top clip as 2015, not 2016.)

With more than 25 years of service, Reed is the longest-standing member of the current GUNS lineup after singer Axl Rose.

GUNS N’ ROSES issued a press release last week confirming that Slash and bassist Duff McKagan will rejoin Rose for the band’s upcoming performances at this year’s Coachella Music And Arts Festival. There is still no word on whether original guitarist Izzy Stradlin, drummer Steven Adler will appear, along with any other past or current members of the group. Reports have suggested that current drummer Frank Ferrer, guitarist Richard Fortus, multi-instrumentalist Chris Pitman and Reed and will round out the lineup.

The 2016 Coachella festival will take place on the weekends of April 15 through April 17 and April 22 through April 24 at the Empire Polo Club in Indio, California. GUNS will play on April 16 and April 23.

There are rumors that the band will head out on a 25-date North American stadium tour this summer, but so far there is no official confirmation of that. 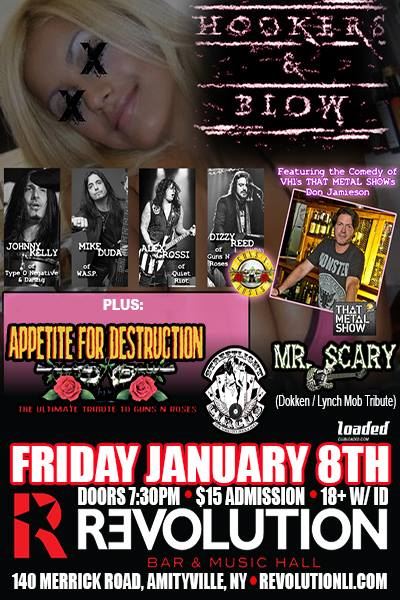