Said Orlando in a video message announcing his addition to NOTURNALL (see below): “It starts way back from the ADRENALINE MOB tour, I think, last year. I met these incredible musicians. We went out with ADRENALINE MOB and NOTURNALL and had such a great time. The chemistry was amazing. We became like family, brothers instantaneous; we had such a great time. From there, it kind of blossomed. They invited me back to Brazil, and we went over to Rio De Janeiro and we played the incredible Rock In Rio, which was one of the greatest shows I’ve ever done in my career. Just people as far as you could see who were just so passionate and so great on so many levels. And it blossomed from there. You know, the chemistry with these guys on stage, it’s amazing, so it kind of grew into them joining me in SONIC STOMP… So it kind of just keeps blossoming. It seems to be this kind of steamroller effect, which brings me to now performing with these gentlemen in NOTURNALL.”

Orlando will head over to Brazil next month for a handful of SONIC STOMP clinic dates and the filming of a live-in-studio SONIC STOMP DVD.

NOTURNALL‘s second album, “Back To Fuck You Up!”, came out last year. 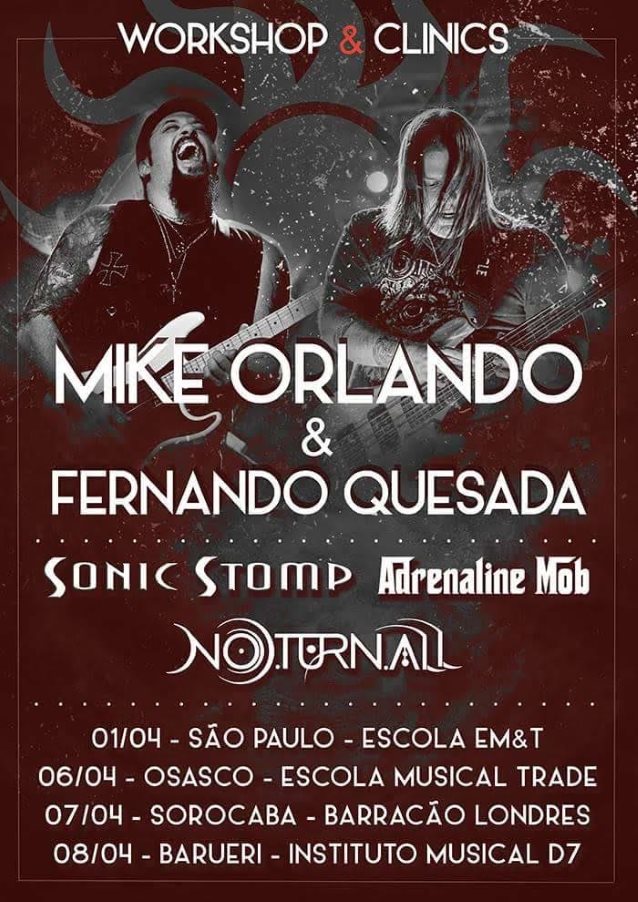