Following the release of their album “Great Western Valkyrie” in 2014, a year which saw the band appear on “Later… With Jools Holland” in the U.K., “Late Show With David Letterman” in the U.S., appear at the Glastonbury and Isle Of Wight festivals, plus consistently sell out their worldwide headline tours, RIVAL SONS have announced that their fifth album, titled “Hollow Bones”, will be available later this year. Vocalist Jay Buchanan said: “Each record we’ve made has been part of a distillation toward revealing the band’s essence. This record finally is the release of the unapologetic, wild beast that has long lived within the ribs of RIVAL SONS howling to be freed.” Recorded in Nashville’s LCS studios, “Hollow Bones” saw recent two-time Grammy winner Dave Cobb on producer duties yet again. Cobb commented: “RIVAL SONS are the best rock ‘n’ roll band on the planet!”

Always a band who feel artwork is as much a part of the album experience as the music, their first outing was a collaboration with legendary artist Storm Thorgerson, known for many iconic album covers from the likes of PINK FLOYD and LED ZEPPELIN. This time they have teamed up with artist Martin Wittfooth, whose intensely allegorical paintings all suggest the future of the human condition — without showing a single person — on a piece called “Rainsong”. Guitarist Scott Holiday commented: “I discovered Martin Wittfooth about halfway through making ‘Hollow Bones’. I was immediately drawn into his work. I loved his imagery with animals and felt it was calm and unnerving all at the same time. I also loved the touch of whimsy and beautiful psychedelic overtones he used. First time I saw his work, I immediately felt it was right for this album.

“I won’t try to overly interpret the album cover or explain in detail why I believe it works perfectly with the album… but I can safely say I think this just might be my favorite cover of ours yet.”

With their last two albums charting in the Top 20 around the world (“Great Western Valkyrie” reached No. 14 in the UK), a rabid fan base and incendiary live shows, 2016 is set to be their best year yet.

RIVAL SONS are currently the sole support on the current BLACK SABBATH “The End” tour, they are also playing Download festival’s main stage on Saturday, June 11. 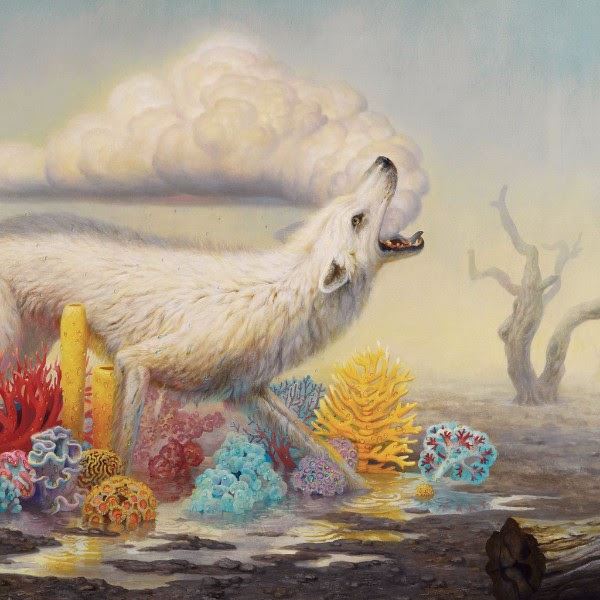