STEVE HARRIS: 'If IRON MAIDEN Ended Tomorrow, It's Been Amazing, And I Can Live With That'

Earlier this month, Vorterix radio conducted an interview with bassist Steve Harris of British heavy metal legends IRON MAIDEN prior to the band’s concerts in Argentina. A few excerpts from the chat follow below (transcribed by BLABBERMOUTH.NET from audio kindly provided to this site by Catalina Bonadeo of Vorterix).

On how he feels when he looks back on IRON MAIDEN‘s career:

Steve: “I tend not to look too much back; I tend to look forward. So, I suppose, I know, I’ve had probably most of my life, and there’s less going forwards than there is going back, but I prefer to look in the future. But, yeah, I mean, yeah, we’ve had a fantastic career, so if it ended tomorrow, it’s been amazing, and I can live with that. But, obviously, we’d like to carry on longer, so hopefully we can carry on a bit more.”

On whether he still has any goals he wants to achieve with IRON MAIDEN:

Steve: “Yeah, I think we still wanna make at least one more album, and we still wanna do some more touring. We’re enjoying ourselves at the moment. We’re just really happy to be here [after] what happened with Bruce [Dickinson, IRON MAIDEN singer] and everything, so it’s just a privilege to play and just to be here. ‘Cause a year ago, we didn’t even know if we were gonna be able to tour anymore. So it’s just a pleasure to be on stage.”

On whether Bruce Dickinson‘s cancer battle made him think about a possible end to IRON MAIDEN:

Steve: “Yeah, I mean, I think at this stage of our career, I really don’t think we would have looked to another singer, that’s for sure. We didn’t even consider it. I mean, there’s no point. We can’t really replace Bruce anyway, so we wouldn’t try at this stage in our career, I don’t think so. But, thank God, we didn’t need to, and he’s fine. The main thing is that he’s okay, and he is okay. But the second thing is, obviously, now we can tour and we can make albums, and I’m sure he’s gonna be fine in the future. So, you know, he seems really well, and he’s singing well, so… Thank God that we are still together.”

On whether he has ever imagined his life without IRON MAIDEN:

Steve: “Well, you know, you have to… I think you have to kind of get your head used to the fact that some day it’s gonna happen. I mean, it took me a long while to realize that I wasn’t gonna play football on a regular basis anymore. I still play once in a while, but that took me a long while to adjust. And I think, obviously, with the band, it’s gonna be even worse, so I’m not looking forward to that. But, you know, you just have and try and focus and do other things, so you have your mind on something else.”

On whether it’s easier to compose a song that is, let’s say, twelve or fourteen minutes long, than a song that has a running time of only five minutes:

Steve: “Well, these days I seem to be having problems writing anything [of] five minutes [in length] — I don’t know — so the answer to that at the moment is that it’s easier to write long ones, I suppose… I don’t know… I don’t really time ’em. I mean, I’d like to write more songs, and write more songs on my own too. And I’ve still got loads of ideas — too many ideas, probably — but I think that’s a nice problem to have. I’d rather have that problem than run out of ideas.”

On how he picks which other members of IRON MAIDEN to write songs with, when he is not composing alone:

Steve: “It depends. I think sometimes it just depends on who’s available and who’s ready to do stuff. I think usually Adrian [Smith, guitar] is usually ready first with some stuff, and so I tend to go to him first. Obviously, with Janick [Gers, guitar], and then just take it from there, really. And Davey [Murray, guitar] will come in with something towards the end sometimes — or not, as the case may be — and then I’ll work with him. But I enjoy working with all of ’em. It means that I go in a different direction with stuff, because it’s not something that I would necessarily come up with myself in the first place. And that’s the way it’s been going the last three or four albums — certainly since Adrian‘s come back — just because there’s been lots of ideas. But that doesn’t mean I haven’t got my ideas of my own — I’ve got loads of ideas of my own. I’m not frustrated about that, because I think it’s important that the band goes in different directions, and so I think what has been done has been the right thing to do. That’s what I felt was the gut instinct was the right thing to do. If I thought the material of theirs wasn’t strong enough, then I’d tell ’em. But it is what it is, and I think it’s been good [getting] different directions happening. So, I don’t know… We’ll see what happens in the future, and if everyone carries on writing. The good thing is, if they dry up, I’ve got loads of ideas, so it’s not gonna be a problem.”

On whether he composes all the songs on the bass:

On what the benefit is of writing songs on a bass as opposed to a guitar:

Steve: “I think I just have a different style, and when I write on a bass, it’s different to what someone would write with a guitar. So… It’s hard to say, really. I mean, I don’t know… I think it makes it different, but… That’s what I like to think.”

On being considered an influence on so many heavy metal bands around the world:

On what the key is to keeping the band together seventeen years after Bruce Dickinson and Adrian Smith rejoined IRON MAIDEN:

Steve: “I think everybody’s grown up. I think everyone’s matured and we don’t argue about stupid things anymore. Not that we used to argue that much anyway — we didn’t really argue that much — but I think when you’re younger, sometimes trivial things, you know, they just get to you. And I think, as you get older, you get more experience and [become] hopefully a bit wiser, and you don’t really make a big deal out of silly things.” 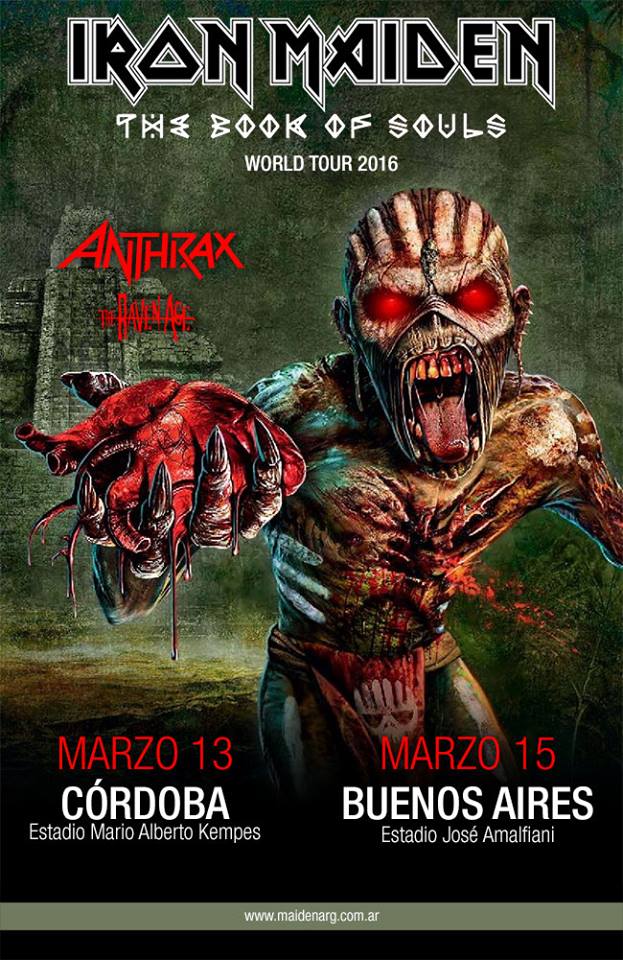