As previously reported, MAYHEM will be rejoined by Maniac for its appearance at this year’s Sweden Rock Festival, set to take place June 8-11 in Sölvesborg, Sweden.

According to Wikipedia, Kristiansen joined MAYHEM in 1986 after the departure of the band’s original vocalist, Messiah. He was in the band until 1988, when he was replaced by Kittil. When drummer Hellhammer decided to revive MAYHEM in 1995 after the deaths of both Euronymous and Dead and the imprisonment of Count Grishnakh, he invited Maniac to return as the band’s vocalist.

Maniac was known for giving extremely intense live performances. He would often cut himself onstage, frequently landing him in intensive care units. However, he later said, “When we realized that the cutting had become a phenomenon people came to watch, I quit doing it.”

Maniac was in MAYHEM until 2004 when he was forced to leave. MAYHEM bassist Necrobutcher (real name: Jørn Stubberud) later told Decibel magazine: “To be honest, Maniac fucked it all up in the end with too much alcohol and too little rehearsing.”

In 2004, Maniac was replaced in MAYHEM by Attila Csihar (TORMENTOR, ABORYM), who previously fronted the band on their 1993 album, “De Mysteriis Dom Sathanas”. 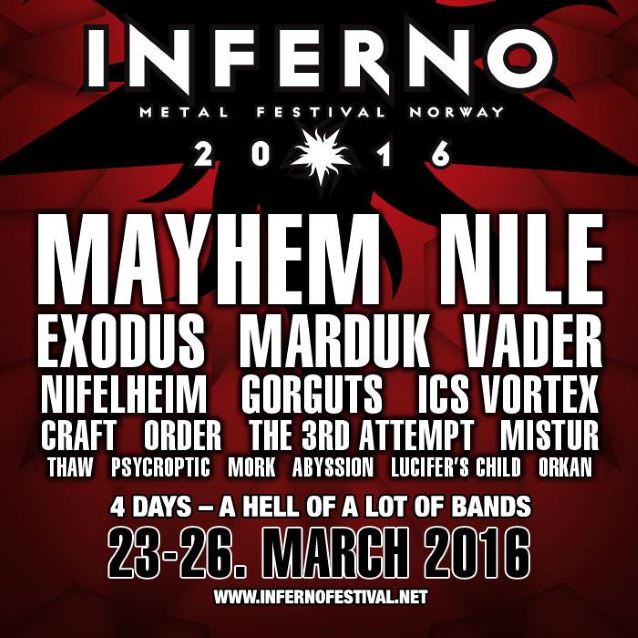