The official Danielle Lovett-produced video for the album’s first single, “Well, Everybody’s Fucking In A U.F.O.”, can be seen below.

Says Rob Zombie: “This album is the best thing we’ve done to date, and we can’t wait to share it with you. No, we mean it. It’s the most fucked up thing we’ve ever done.

“We spent so much time putting this monster together and it’s been worth it because this thing is about to explode!

“The album is out on April 29th, but there is a lot of shit going on in the lead-up to the release, so check out the pre-sale, get involved in the discussions and check back here for updates regularly! This bitch is moving forward FAST, and it’s a train you don’t want to fucking miss.

“Oh, and if you don’t believe how fucked up this album is, take a look at the track listing below. Shit gets weird.”

01. The Last Of The Demons Defeated
02. Satanic Cyanide! The Killer Rocks On!
03. The Life And Times Of A Teenage Rock God
04. Well, Everybody’s Fucking In A U.F.O.
05. A Hearse Overturns With The Coffin Bursting Open
06. The Hideous Exhibitions Of A Dedicated Gore Whore
07. Medication For The Melancholy
08. In The Age Of The Consecrated Vampire We All Get High
09. Super-Doom-Hex-Gloom Part One
10. In The Bone Pile
11. Get Your Boots On! That’s The End Of Rock And Roll
12. Wurdalak

Rob Zombie spoke to Louder Noise about why he has held back the release of his new album even though the record was completed months ago. Zombie said: “It’ll probably come out in [the spring], because what I wanna do is I wanna do a very large visual component to go with the record — shoot thirteen videos, or shoot a movie go with it. And because of [Zombie‘s upcoming sixth live-action feature film, a horror thriller called] ’31’, I couldn’t get to that yet. So I’m gonna do that probably in January, so we’ll put it out soon after that.”

He continued: “I love it. I mean, I really like the record. The last record was my favorite record in a long time. ‘Cause I had kind of hit a low with making records. It just kind of got boring; I hated being in the studio, and I kind of got reinspired on the last record. And this sort of follows up on it. So I think that, much like ’31’… You just have those things in your career where you’re, like, they all can’t be the best one. With records, sometimes you have those moments where you can tell, ‘This one’s special.’ And that’s how it feels.”

Zombie told Loudwire that the follow-up to 2013’s “Venomous Rat Regeneration Vendor” was recorded over the course of a year, with the band working for a few weeks, taking a break for a few months, then coming back. He said, “We were living with it for a long time, and it really — I think it made the record so much better.”

Although Rob spends a lot of time making movies, he told The Pulse Of Radio a while back he’s not ready to quit music yet. He said: “People go, ‘How long can you do this, how long do you want to do this?’ I want to do it as long as it’s fun, because that’s what it’s supposed to be. I mean, I don’t need the money, so I don’t have to drag my ass out on tour just to make money. I’m all good there, so if it’s not fun, it’s nothing, it’s just stupid, you know. And when you’re not having fun, you’re not gonna do good work. You’re gonna seem like a miserable guy who’s just doing it for the money, and I just never wanted to do that.” 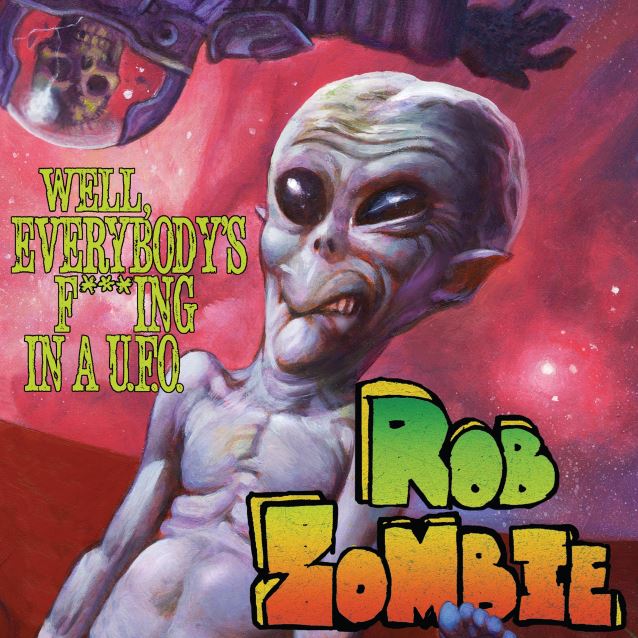 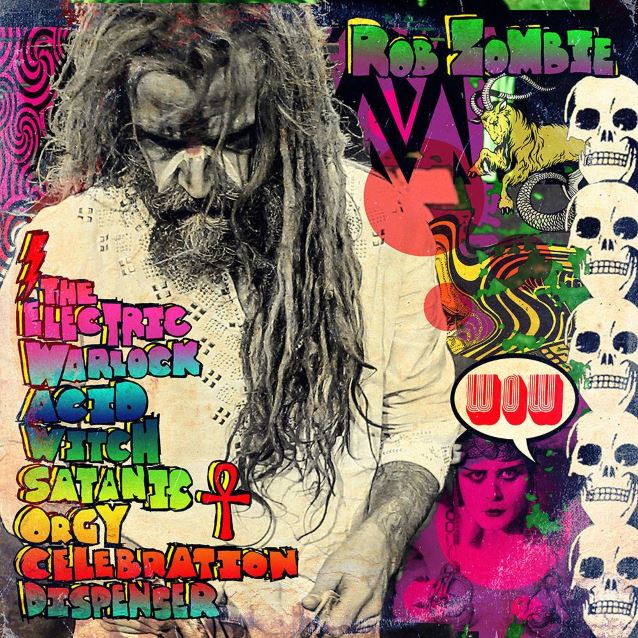