After an 18-year break, WICKED MARAYA is back with two new songs, a new video, and a new/old album: “Lifetime In Hell”, their 1991 unreleased first recording with legendary producer Jim Morris, will finally see light of day on May 6 via Massacre.

A heavy, bombastic, raw CD, “Lifetime In Hell” is WICKED MARAYA at their earliest, hungry stage… setting the pre-cursor to the “Cycles” sound, with big vocals and twin harmony guitar work.

Together with two new songs — “Suicidal Dawn” and “Fall From Grace” — WICKED MARAYA is ready to release its new music to the world, along with the video for “Suicidal Dawn”.

“Suicidal Dawn” and “Fall From Grace” were recorded and produced by John Iadevaio at Soundmine Recording Studio in autumn 2014, mixed and mastered by Daniel Malsch.

Having toured the U.S. and Europe, both as a headliner and as support for bands like METAL CHURCH, YNGWIE MALMSTEEN, DEE SNIDER, DOKKEN, RATT, GREAT WHITE and SKYCLAD, WICKED MARAYA is looking forward to once again hitting the stage and bringing their sound to their fans! 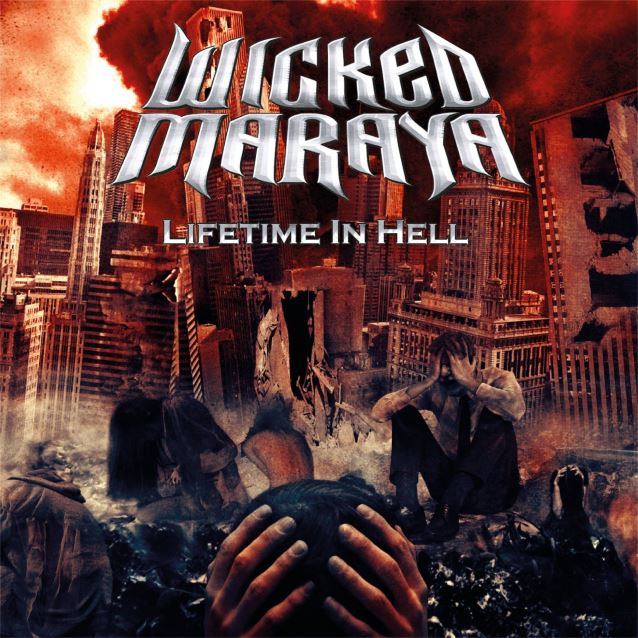