EVANESCENCE paid tribute to legendary singer, guitarist, songwriter and producer Prince with a performance of his classic song “Purple Rain” on April 30 at the House Of Blues in Orlando, Florida. Fan-filmed video footage of the performance can be seen below.

Prince‘s body was discovered on April 21 in the elevator of his Minnesota estate Paisley Park. The sheriff’s office later released a statement saying they were “continuing to investigate the circumstances surrounding his death,” but had no further details. Foul play and suicide are not suspected.

The day of Prince‘s death, EVANESCENCE singer Amy Lee tweeted that she was “just another heartbroken person over the loss of Prince.” She added: “I can’t believe it. He was a genius and an inspiration and a BADASS…and so young.”

Prince has won seven Grammy Awards, and he won an Oscar for the original song score to the classic film “Purple Rain”, in which he also starred.

He recorded some 39 studio albums, recording and touring prolifically even after a very public battle to get out of his major label contract threatened to derail his career.

EVANESCENCE re-emerged last November after a three-year hiatus with select, intimate shows in Nashville, Dallas and Los Angeles. The influential, Grammy-winning band had not performed live since November of 2012.

EVANESCENCE has two more concerts in Florida scheduled for early May. 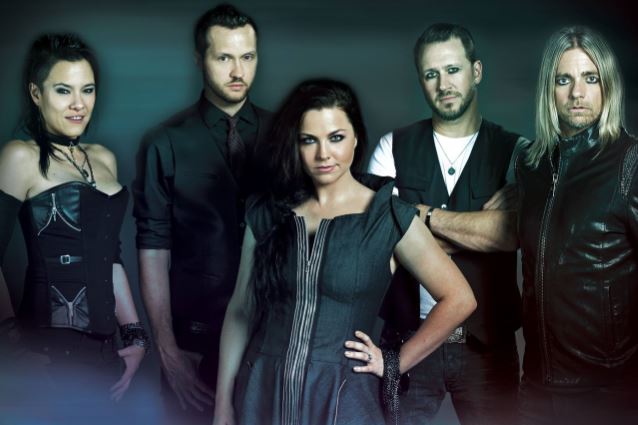