Fan-filmed video footage of MEGADETH‘s April 28 headlining performance at the “Thrash The Island Festival” at Coliseo de Puerto Rico in San Juan, Puerto Rico can be seen below.

Drummer Chris Adler was unable to join MEGADETH at the event due to his commitments with LAMB OF GOD and was temporarily replaced by Tony Laureano (ex-DIMMU BORGIR, NILE, ANGELCORPSE), the veteran extreme-metal skinsman who has worked as MEGADETH‘s drum tech since 2011.

One MEGADETH fan’s review of last night’s concert is available below.

Ellefson recently spoke to the South Orange, New Jersey radio station WSOU about how Adler‘s involvement with LAMB OF GOD creates scheduling conflicts with MEGADETH‘s shows. He said: “Well, look, we want him as often as we can have him. And there were a couple of shows, as we started on a round-the-world trip back in October that he wasn’t able to participate in, ’cause they were wrapping up a LAMB OF GOD tour down in South America. And Tony, our drum tech, but I don’t want it… That almost sounds like he’s just a work-for-hire employee, but the truth of it is he has his own incredible resumé as a drummer. He’s from the Tampa area and played with DIMMU BORGIR and has just a great resumé as a drummer. And he’s been kind enough and gracious enough to work, doing some tech work with us. And we realized, ‘Man, we’ve got a terrific drummer in-house’ that was able to cover for some shows. Now, coming up, moving forward, LAMB OF GOD has a full year, MEGADETH has a very full year, and we’re gonna try to make that work between both of the bands and the schedules. But we’ll see how it plays out. Like I said, we want Chris as much and as often as we can have him, especially now that [his contributions can be heard] on [MEGADETH‘s latest album] ‘Dystopia’, and I think the fans would love to hear him play those songs with MEGADETH live.”

MEGADETH filmed a video for the song “Post American World” earlier this week. The track is taken from the band’s latest album, “Dystopia”, which came out in January.

“Dystopia” shifted 49,000 equivalent album units in the U.S. in the week ending January 28. In terms of pure album sales, it opened with 48,000 copies, marking MEGADETH‘s highest-charting album since 1992’s “Countdown To Extinction” debuted and peaked at No. 2 on the chart dated August 1 of that year. “Dystopia” also logged the group’s best sales week since 2007, when “United Abominations” landed at No. 8 with first-week sales of 54,000. 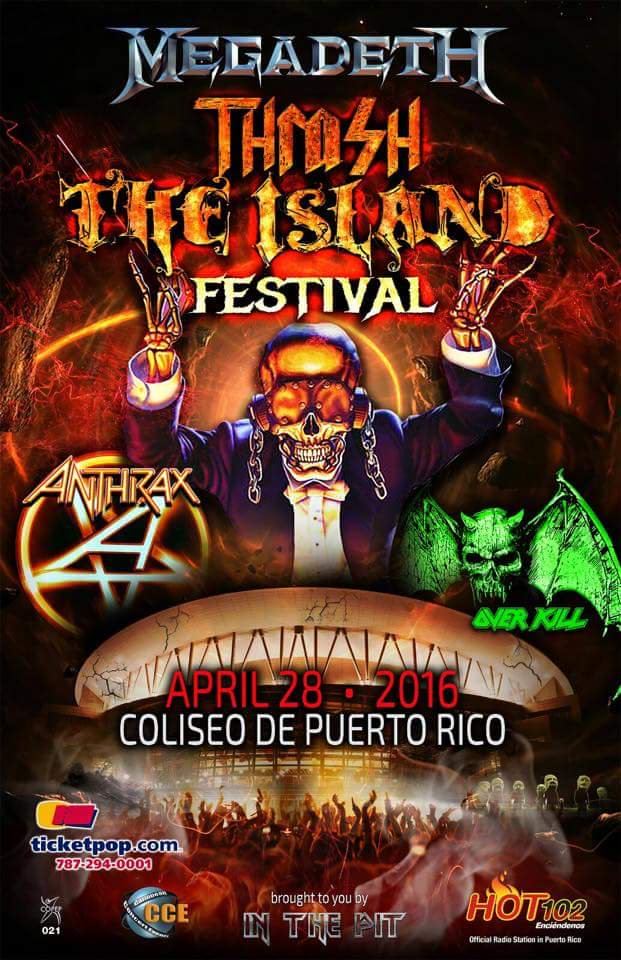